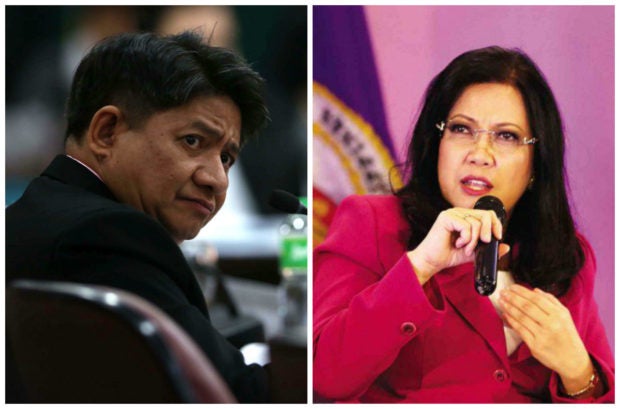 A criminal complaint has been filed before the Department of Justice (DOJ) against Chief Justice Maria Lourdes Sereno.

Atty. Lorenzo Gadon filed a complaint for violation of Republic Act (RA) 3019 or the Anti-Graft and Corrupt Practices Act and RA 6713 or the Code of Conduct and Ethical Standards for Public Officials and Employees for failure to submit her statement of assets, liabilities and networth (SALN) for more than 15 years when she was a professor at the University of the Philippines.

Based on the document submitted by Gadon, Sereno was a law professor at the University of the Philippines College of Law from November 1986 to 2006. However, during the impeachment hearing in Congress, the Office of the President, UP College of Law certified that Sereno only submitted her SALN only in 1998, 2002 and 2006.

Gadon added that the Office of the Ombudsman’s Central Records Division certified on December 2017 that they have no record that Sereno submitted her SALN from 1999 to 2009. The certification noted that the 1998 SALN was submitted only in 2003.

Gadon however, admitted that he is not expecting that Sereno, an impeachable official, will be indicted by the DOJ.

Sereno will mandatorily retire as Chief Justice in 2030. Prescription period for an offense for violation of the anti-graft law is 15 years and the counting will start on the discovery of the offense. Counting of the prescriptive period will stop once a complaint has been filed.

“Probably ang mangyayari dito pasasagutin lang siya. It will be on record na the process of the investigation will take place. It will be up to the DOJ if they will issue a resolution or not. What is important here is to stop the prescription of the violation,” he said.

(What will happen here is to oblige her to answer.)

“Kailangan ng mai-file ito para meron ng notice so that the running of the prescriptive period will stop,” he said.

(This should be filed the soonest so there would be notice and the running of the prescriptive period will stop.)

Gadon also explained that the case has been filed with the DOJ has a concurrent jurisdiction with the Office of the Ombudsman.

“Considering that the offenses charged were committed by the respondent while she was still a law professor at the UP College of Law with salary grade lower than SG27 and therefore outside the exclusive original jurisdiction of the Sandiganbayan which covers ‘national and local officials classified as Grade 27 and higher’, the complainant files his complaint before the DOJ,” the complaint stated.

Gadon is also the complainant in the impeachment case currently being heard at the House of Representatives. /jpv