Arrest order out vs Caloocan cops in teenagers slay

Aside from murder, the two police officers are also facing charges of three counts each for planting of evidence for the recovered two sachets of marijuana and three sachets of shabu from Arnaiz’s pocket as well as a .38 caliber gun with ammunition near his body.

Moreover, Perez and Arquilita are facing two counts each for violation of the Anti-Torture Law. Forensic report showed that both Arnaiz and De Guzman sustained blunt injuries to the head and body that caused swellings, contusions, and abrasions.

Copies of the warrant have been forwarded to the Chiefs of Police in Taguig and Caloocan, Officer-in-Charge of the Regional Personnel Holding and Accounting Unit (RPHAU) in Camp Bagong Diwa, National Bureau of Investigation (NBI), and the Philippine National Police’s (PNP) Criminal Investigation and Detection Group (CIDG).

READ:  DOJ OKs filing of murder raps vs cops in deaths of teens in drug war 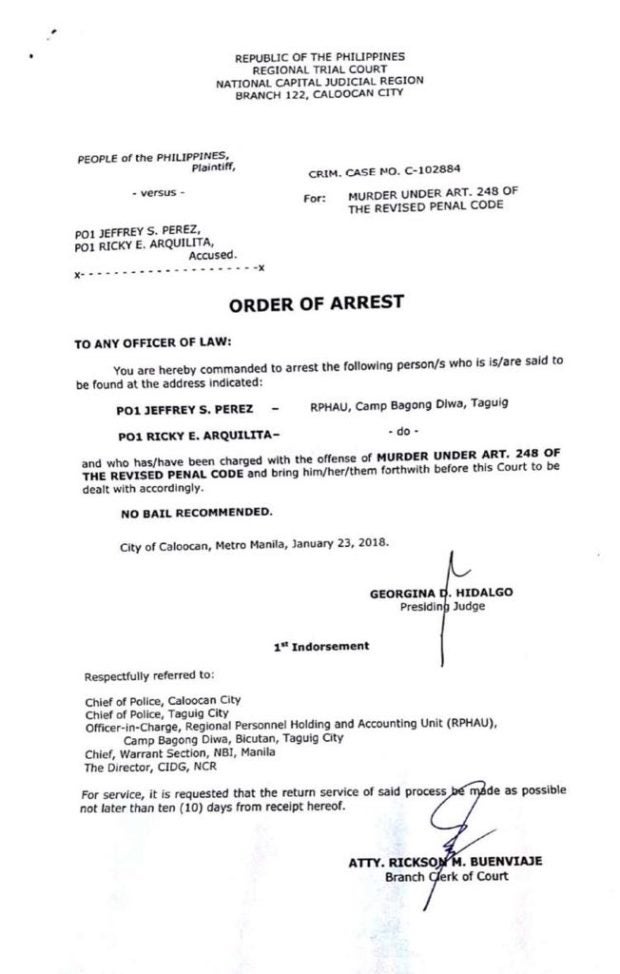