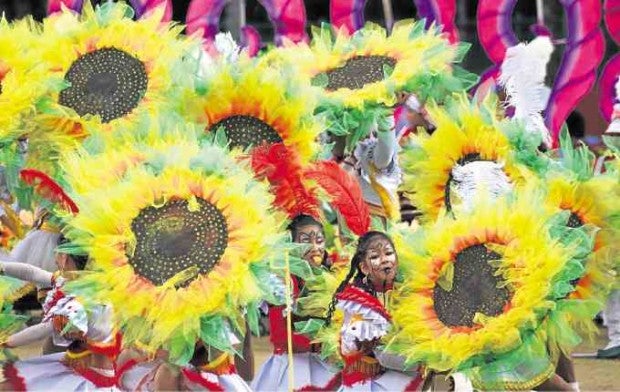 FILE – February is the merriest month in Baguio City as the summer capital celebrates Panagbenga. —PHOTOS BY EV ESPIRITU

Baguio City Mayor Mauricio Domogan has suspended classes for elementary and secondary students in both public and private schools on the grand opening of the Panagbenga Festival this year.

The mayor issued an administrative order announcing the class suspensions on February 1, 2018 for the grand opening parade of the 23rd Panagbenga Festival, also known as the Baguio Flower Festival.

“The grand opening parade, which will be the elimination round for the participants in the elementary and secondary levels in the city, will be held on Thursday, 01 February 2018, to jumpstart bigger and better activities lined up for the month-long festivities in the city,” the administrative order dated January 18 stated.

Domogan said the festival, with the theme “Celebration of Culture and Creativity,” would be held from February 1 to March 4.

Traditional, community-led and government-backed activities are expected during the festivities to boost Baguio’s tourism industry, the mayor said.

The Panagbenga Festival is celebrated annually in Baguio City every February. It showcases floral floats and native dances.

Read Next
Railway station in China built within nine hours
EDITORS' PICK
DOH: 28,471 new COVID-19 cases in PH; active cases now 284,458
On Day 2 of implementation, gov’t says workers now exempt from ‘no vax, no ride’ policy
Over 3 Million worth of prizes to be won at Smart Padala’s SENDali Manalo Promo!
Acer starts the year off strong with the Aspire Vero National Geographic Edition
Metro Manila posts lowest temperature yet this ‘amihan’ season at 19°C
Gear up and get ready to play with Yamaha Mio Gear
MOST READ
Derek Ramsay on being married to Ellen Adarna: ‘Gumaan ‘yung mundo ko’
Emma Stone calls Andrew Garfield a ‘jerk’ after he ‘lied’ about his ‘Spider-Man: No Way Home’ appearance
Lucky plants to grow in 2022
Retirements prompting major reshuffle in PH military
Don't miss out on the latest news and information.