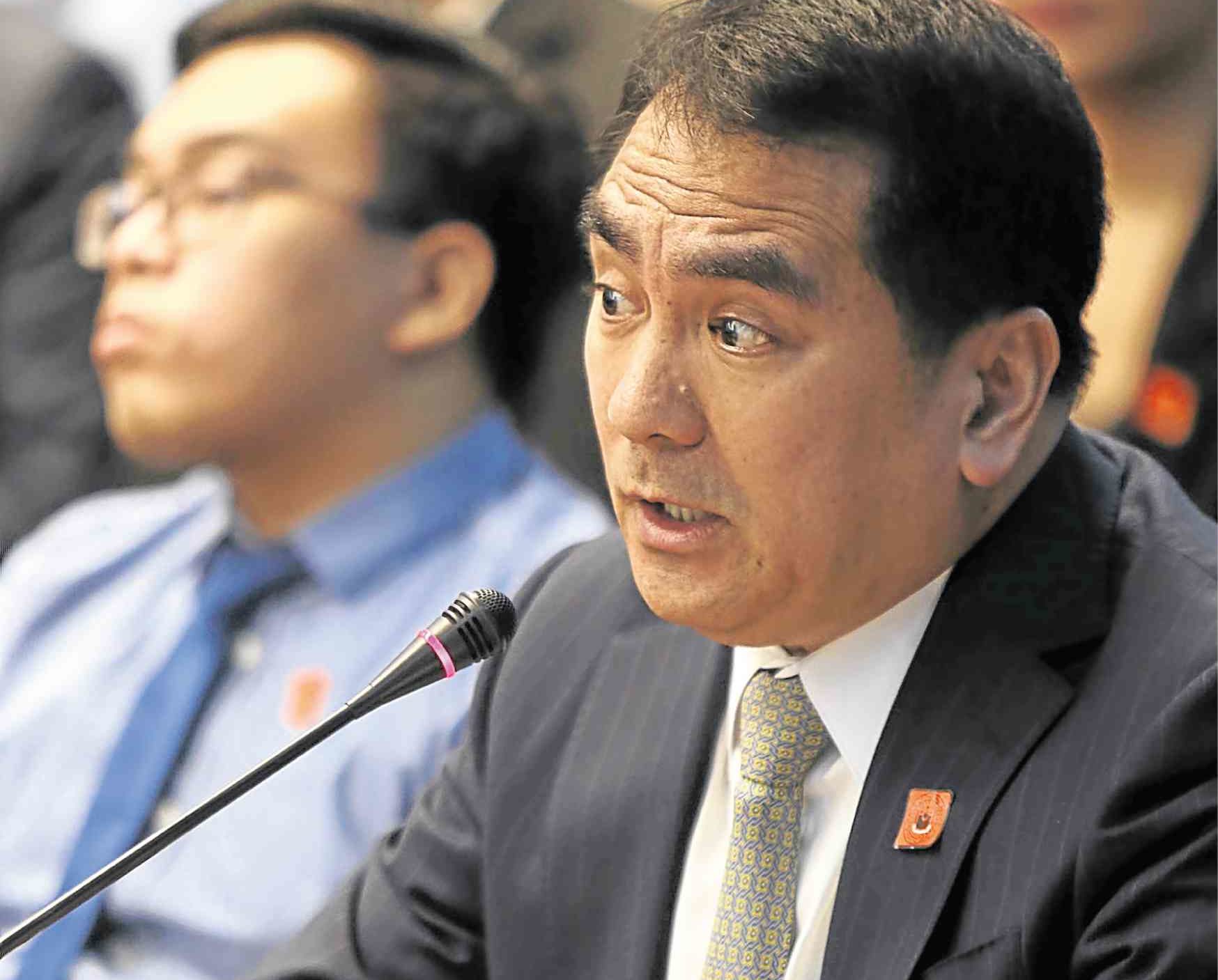 The Senate committees on public order and dangerous drugs, and on justice and human rights recommended the “immediate institution of proper disciplinary or disbarment proceedings” against Divina, as well as other lawyers and fraternity members tagged in Castillo’s death.

“My conscience is clear. I did not do anything wrong, illegal or unethical,” Divina said in a statement on Wednesday.

“I did all I could have done under the circumstances to prevent incidents of hazing from happening during my watch as Dean of the UST Faculty of Civil Law,” the embattled civil law dean said.

The Senate committees also stated that Divina should step down from his post as UST Civil Law Dean to make up for the “injustice” done to Castillo’s family when he failed to report to authorities the alleged hazing incident.

READ: Senate report: Step down from post is least Dean Divina can do

Divina said it was unfortunate that allegations were made to question the sincerity of his statements despite having no knowledge of the hazing rites and that he volunteered his assistance to investigating authorities.

“I understand that as a Dean who happens to also be a member of the Fraternity, all my actions, despite conscious efforts on my part to be totally impartial, will naturally be subjected to extraordinary scrutiny,” Divina said.

“Nonetheless, I remain confident of vindication regardless of the accusations hurled or charges that have been filed or may still be filed,” the law dean said.

Divina noted it was clear in the Senate recommendation that a disbarment case would be filed against the lawyers tagged in Castillo’s death on the condition that they had knowledge of the incident and failed to report to the authorities.

“Without such knowledge and having consistently cooperated with the authorities, I completely trust that I will not be unfairly dragged into any such case,” he stressed.

The civil law dean also expressed gratitude to the “continuing outpouring support and encouragement” from the UST Community, saying that he has nothing but the best interest of the university.

“I will never allow the wrongdoings of some and the unfair accusations of a few to get in the way of my fulfilling my job as Dean.  I regret with all my heart what had happened to Atio but a wrong cannot be rectified by another injustice,” Divina said. /je