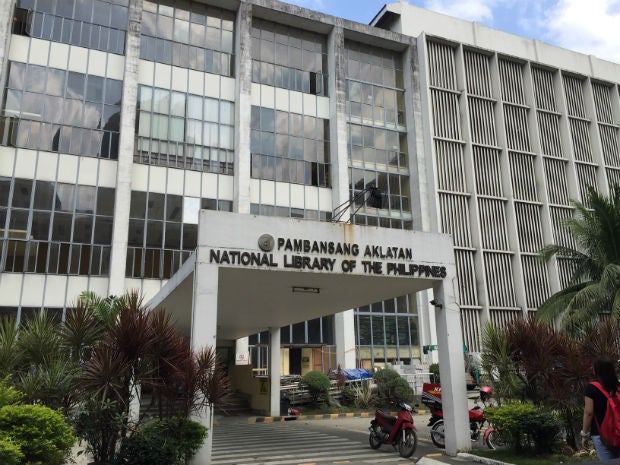 The director of the Ateneo de Manila University’s Rizal Library has asked the Ombudsman to look into President Duterte’s March 2017 appointment of an alleged non-librarian to head the National Library of the Philippines.

In a nine-page letter dated Jan. 19, Dr. Vernon Totanes claimed Ceasar Gilbert Adriano’s appointment to the position of NLP director violated not only the Librarianship Act’s requirement for qualified and licensed librarians to be employed in the government, but also the Anti-Graft and Corrupt Practices Act.

He cited Sections 3(a), 3(b), 3(e), and 3(j) of the law, prohibiting officials from convincing another officer to violate the law, requesting a benefit for himself, causing undue injury to the government, and knowingly approving a benefit in favor of someone not qualified for it.

Totanes cited the Philippine Librarians Association, Inc.’s knowledge and verification with the Professional Regulation Commission in saying Adriano was not authorized to practice librarianship.

He asked the Ombudsman to investigate the propriety and legality of Adriano’s nomination and appointment, and request the Civil Service Commission to “carefully scrutinize all appointees of President Duterte vis-à-vis the relevant/related qualifications required by law, and to publish these appointments.”

Totanes also urged the Ombudsman to direct the Office of the President to “divulge and publish its rules, processes, procedures in nominating, selecting, and appointing public officials and employees.”

In his email to the Inquirer, Totanes acknowledged the chief executive is granted “very wide latitude and discretion” in selecting appointees. He added some of President Duterte’s appointees “do seem to be among ‘the best and the brightest,’” while the likes of Mocha Uson were not prohibited by law.

Yet, he stressed that in Adriano’s case, “the law is clear: only librarians may serve as such in government libraries.”

Besides the Ombudsman, copies of the letter were also sent to the Civil Service Commission, the Commission on Audit, the Career Executive Service Board, the Senate, the House of Representatives, the Professional Regulatory Board for Librarians, the National Library, the National Commission for Culture and the Arts, the National Historical Commission of the Philippines and the Presidential Complaint Center.