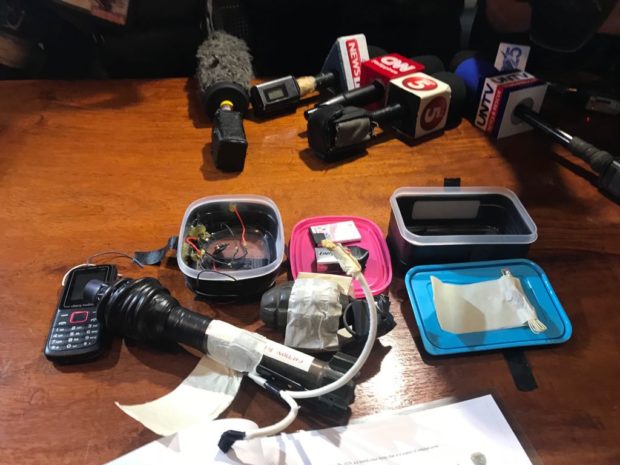 This photo shows the rifle grenade, hand grenade, blasting cap, and detonation devices confiscated from a suspected foreign terrorist, who was arrested by government troops in Basilan. (INQUIRER.net / TETCH TORRES-TUPAS)

The Armed Forces of the Philippines (AFP) filed on Wednesday an illegal possession of firearms and explosives complaint against a 20-year-old Spanish national, who is suspected to be a terrorist, before the Department of Justice (DOJ).

“He was with an Abu Sayyaf companion who was our original target,” Panti told reporters.

Upon seeing the military, Panti said the two men ran away. Adib threw his backpack away but he was still caught by the military while his companion escaped by jumping off a cliff.

During the investigation, the military learned that Adib arrived in the country last Oct. 11, 2017 and his tourist visa was valid until Dec. 8, 2017.

Adib denies the allegations against him. 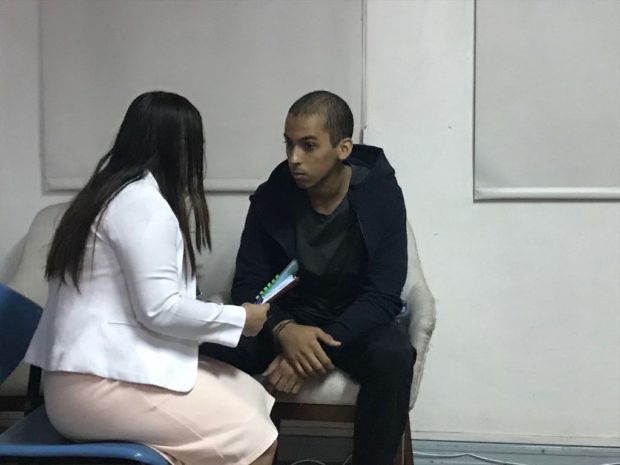 He said it was not his intention to go to Basilan and that he went to the Philippines for a vacation. He said he first went to Manila then Davao and stayed for two months in Cagayan De Oro.

Adib also denied that he owned the backpack containing explosives. He said the mobile phone found inside the bag was not also his.

He said he left his phone to someone whom he did not identify. He added that his real bag contained his clothes and eyeglasses.

The lawyer from the Public Attorneys’ Office (PAO) who represented the suspect during the inquest proceedings also noted that the backpack presented by the military smelled brand new. She added that even the tag of the bag still has a plastic.

The suspect said he was familiar with a hand grenade but said he does not know the other explosive, which the prosecutor identified as a rifle grenade.

He said this was his first time in the Philippines. He said he intends to go back to Spain prior to his arrest. From Basilan, he will take a ferry ride to Zamboanga and from Zamboanga, he will fly to Manila where he will wait for the money that will be sent to him by his father to buy airline ticket.

Adib flew in from Switzerland to Manila then proceeded to Zamboanga and later to Basilan. When asked why he went to Basilan, he said he needed a translator to explain his side.  /kga