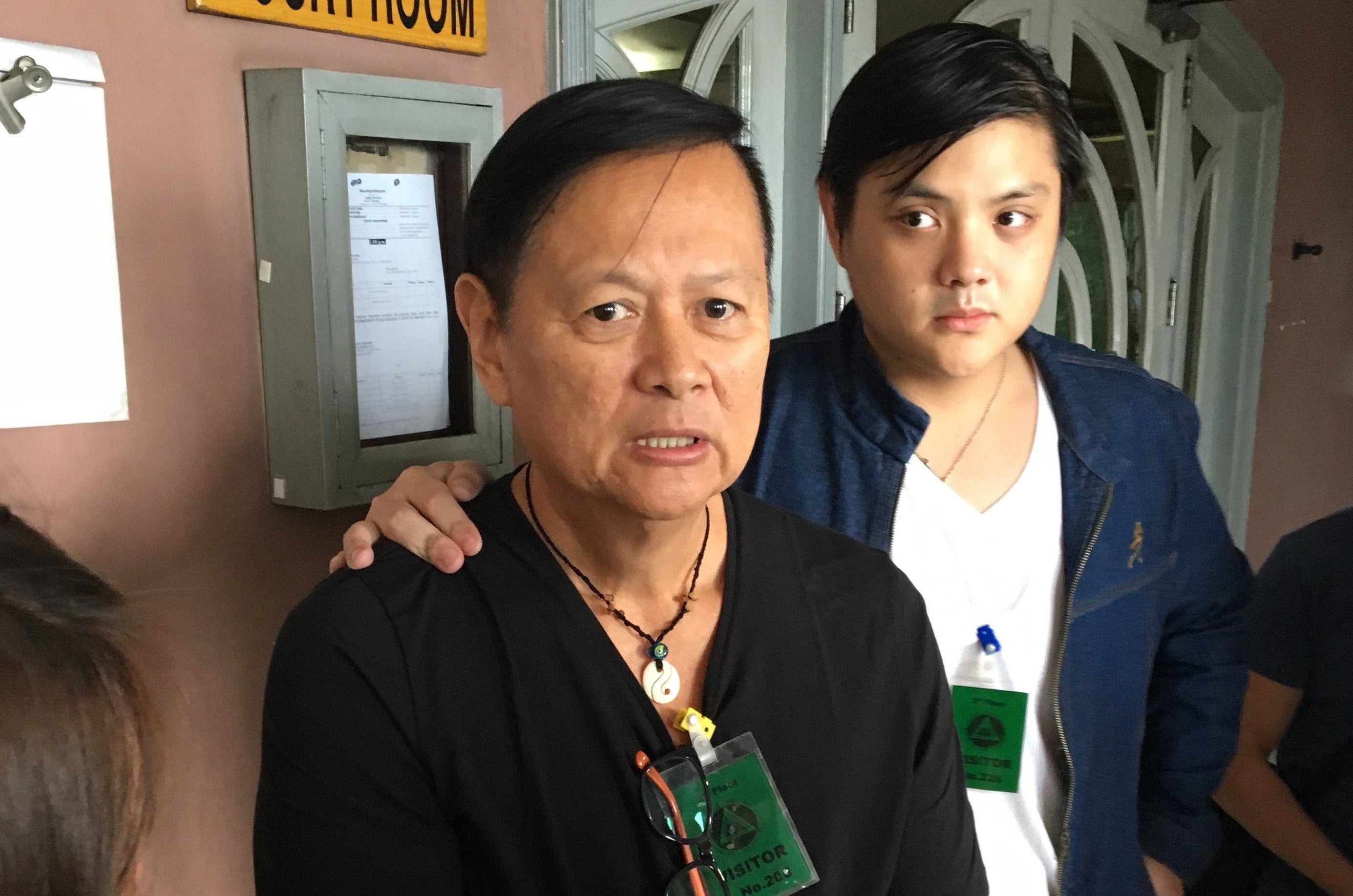 Former Palawan Governor Joel Reyes, joined by his son, attended the Sandiganbayan’s hearing on the Ombudsman’s motion to have him rearrested for being a flight risk. File photo: Vince F. Nonato.

Government lawyers on Tuesday asked the Court of Appeals (CA) to order the rearrest of former Palawan governor Mario Joel Reyes who is accused in the death of environment advocate and broadcaster Gerry Ortega.

“The Court of Appeals clearly disregarded jurisprudential parameters in the determination of the existence of probable cause,” Solicitor General Jose Calida said.

In a 53-page motion for reconsideration, Calida said the Jan. 4, 2018 decision of the CA imposed its own standard of probable cause different from that required by law and one not warranted by the circumstances.

“The CA erred when it considered all evidentiary matters and resorted to calibrations of the rules of evidence in determining the existence of probable cause,” Calida said.

Calida urged the CA to reinstate the information for murder before the Puerto Princesa Regional Trial Court Branch 52 and for the proceedings to continue.

The Solicitor General believes the court also “gravely erred” in ruling that there was no probable cause to issue a warrant of arrest against Reyes.

“In finding no probable cause to arrest Reyes, the CA unfortunately conducted a fragmented analysis of the evidence before it, isolating each piece of evidence and concluding that it alone does not prove probable cause,” Calida said.

The lead government lawyer said Reyes cannot also invoke double jeopardy or prosecution of the same offense twice following the Court of Appeals’ granting of his petition and dismissal of the criminal case against him for lack of probable cause.

Calida explained that the dismissal of Reyes’ case was done when he filed a motion with the lower court and subsequently with the CA.

“Hence, for said dismissal to operate as a dismissal on the merits, it must be shown that it was due to a violation of petitioner’s right to speedy trial or that a demurrer to evidence was granted. As stated earlier, none of these recognized exceptions are present. Therefore, legal jeopardy has not attached and Petitioner cannot invoke his right against double jeopardy,” Calida said.

The OSG Chief added that Reyes and his brother former Coron Mayor Mario Reyes Jr. left the country after warrants of arrest was issued against them. They were arrested in Thailand and returned to the Philippines in September of 2015.

“Reyes’ flight from the country is a strong indication of his guilt that should have been taken into consideration by the CA,” he added.

Calida also said that, “No doubt, the CA decision has eroded the faith and trust the People of the Philippines reposed in it to render a decision in this petition that is just and fair.” /je