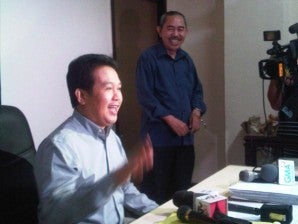 Apart from the charge, for which no bail was recommended, the committee, which conducted a preliminary investigation into allegations of electoral fraud, also sought the urgent issuance of a hold departure order to prevent the former President and her two co-accused from leaving the country.

In the information filed at the Pasay City regional trial court Brach 112 presided over by Judge Jesus Mupas, the committee named Arroyo, Ampatuan, and Bedol as accused in electoral sabotage committed on or before May 14, 2007 where the three allegedly conspired and helped each other to ensure a “12-0” victory for the senatorial candidates of Arroyo’s “team unity” where they “willfully, feloniously and unlawfully tampered the provincial certificate of canvass (PCOC) of votes, the statements of votes by city or municipality (SOVM) and summary statement of votes (SSOV) for the province of Maguindanao.”

The information stated that electoral sabotage was further committed “When a few days before the election day during a dinner meeting in Malacañang Palace, accused Gloria Macapagal-Arroyo, personally instructed accused Andal Ampatuan Sr, who was then governor of Maguindanao to ensure a ‘12-0’ victory for the senatorial candidates of the Team Unity, thereafter accused Andal Ampatuan Sr. in turn instructed accused Atty. Lintang Bedol who was then the chairman of the provincial board of canvasser of Maguindanao.” 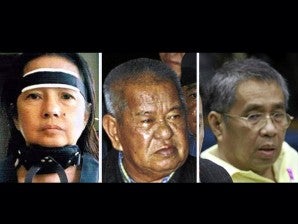 The Comelec claimed that the order was carried out by Bedol which resulted in the tampering of the PCOC, SOVM, and SSOV adding votes for the 12 Team Unity candidates ranging from 86,122 to 196,157. The election documents were then submitted for canvassing to the Comelec, then sitting as national board of canvassers at the Philippine International Convention Center in Pasay City.

The committee sought the issuance of the hold departure order on grounds that Arroyo was “insisting to leave the country allegedly to consult medical experts of her own choice and to receive a specialized care and medical attention from other institutions due to her medical condition, which hardly qualifies for an emergency or life-threatening.”

The committee claimed that the “insistence of accused… to leave the country is being done for the purpose of absconding and thereby evading prosecution for their electoral sabotage case.”

“Considering the gravity and magnitude of the offense committed, the damage and prejudice they caused to the electoral and democratic processes of the government, the imposable penalty involved, and the vast resources and international connections of the accused, there is a real danger that they will flee the country to avoid criminal prosecution.”

Arroyo on Tuesday tried to leave the country with her husband, saying she is seeking medical treatment abroad for a bone ailment, but was stopped at the Manila airport because she was still under investigation.

She has denied any wrongdoing, and Arroyo legal spokesman Raul Lambino said Friday the case against her has been fabricated.

“This is a high form of injustice,” Lambino said.

Arroyo lawyer Ferdinand Tapacio deplored the “indecent haste” and criticized what he said was the government’s “emerging pattern of persecution.”

The court last week granted her a temporary clearance to travel, but the government still refused to let her go, with Justice Secretary Leila de Lima saying she may be seeking political asylum abroad.

The charges stem from allegations that Arroyo conspired with officials to tamper with results of 2007 congressional polls to favor her candidates.