Smart, Globe shut down cellphones in Cebu for Sinulog 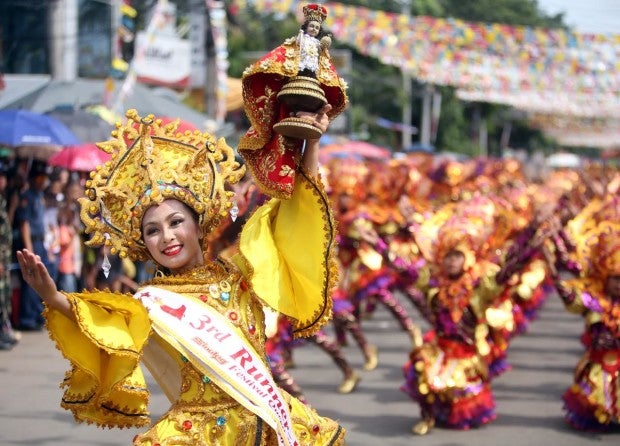 The contingent from the province of Lanao Del Norte performs during the Sinulog Grand Mardigras in this 2017 file photo. CEBU DAILY NEWS FILE / LITO TECSON

CEBU CITY — Telecommunication companies have started shutting down their mobile phone services in portions of Cebu City as part of security preparations for the Sinulog Grand Parade today in honor of the Sto. Niño.

The loss of mobile signal would start at 8 a.m. and would restore only after a go-signal from the National Telecommunications Commission’s (NTC), according to the separate advisories from Globe Telecom and Smart Telecommunications.

In an advisory sent to subscribers, Globe said there would be loss of signal for mobile, Globe At Home LTE and Prepaid WiFi services in some parts of Cebu City and other neighboring areas.

In separate advisory, Smart said the shutdown affected Smart, Sun and TNT mobile services, not just portions of Cebu City but also in some areas in Kalibo, Aklan, which is holding the Ati-Atihan festival.

“This is to comply with the order of the National Telecommunications Commission at the request of the Philippine National Police. We will restore our mobile phone services once we receive the go-signal from the authorities,” it added. /cbb