Will people power be banned in federal Constitution? asks solon 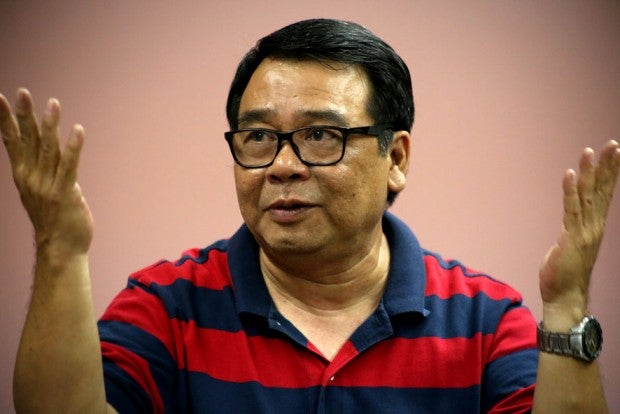 Did proponents of Charter change (Cha-cha) attempt to “ban” people power in one of the proposed drafts of the envisioned federal Constitution?

That was the contention of Bayan Muna chair and former Rep. Neri Colmenares, who claimed on Saturday that one of the federalism models being discussed by the House of Representatives would effectively limit the sovereignty of the people.

The Makabayan leader cited Section 2 of Resolution of Both Houses No. 8 (RBH 8), which proposed, in an amendment, adding the phrase “through suffrage” in the constitutional provision stating that sovereignty belonged to the Filipino people.

The provision, based on the proposal of ABS Rep. Eugene de Vera and Pampanga Rep. Aurelio Gonzales Jr., would read: “Sovereignty resides in the Filipino people [through suffrage], and all government authority emanates from them.”

Colmenares claimed that the amendment would effectively eliminate the constitutional justification for people power.

“This self-serving amendment means that in between elections, sovereignty no longer resides in the people but in public officials such as the President, congressmen and senators,” he said in a statement.

“The provision that was used by the Supreme Court to justify the Edsa People Power as an act of the sovereign will of the people, disappears. People power is banned under this Cha-cha,” he said.

RBH 8 was one of two drafts of proposed Charters consolidated and merged by the House constitutional amendments committee, along with the federalism model presented by the PDP-Laban Federalism Institute.

The House panel is now deliberating on the proposed provisions of the new Charter based on the output of four subcommittees that integrated the earlier proposals.

However, the provision qualifying sovereignty contained in RBH 8 was not retained in the output of the subcommittees.

The House last week approved Concurrent Resolution No. 9, which adopted the constituent assembly (Con-ass) as the mode by which the 1987 Constitution would be changed in order to federalize the government.

But the Senate and the House feuded over whether voting should be joint or separate in a Con-ass.

In the meantime, the House panel is trying to draft a federal Constitution that it will submit to Congress once it has convened into a Con-ass.

In his statement, Colmenares said the “fast-tracking” of Con-ass was “merely intended to ensure that there would be no election in 2019.”

“This rush to Cha-cha through a Con-ass is nothing more than efforts to ensure that it is passed early enough to cancel the 2019 elections and extend terms of all public officials,” he said.

“If the proposed federal Constitution is not passed this year, it would be too late to cancel the next elections.  All this Cha-cha talk boils down to two things: No-el (no election) and term extension,” Colmenares said.