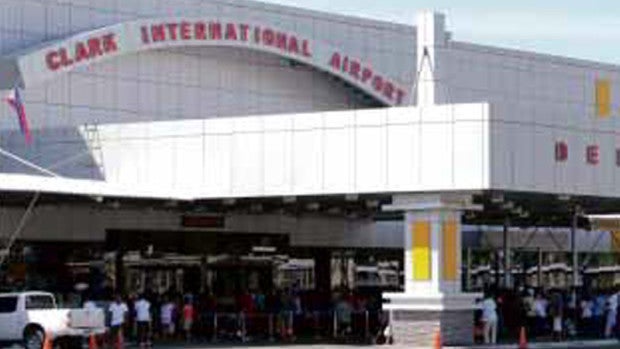 President Rodrigo Duterte has ordered airport and transport officials to terminate the contract of aviation service provider Miascor following the luggage theft incident at the Clark International Airport in Pampanga.

“Itong nangyari kahapon (what happened yesterday), I would demand that there will be justice instantly. Kung sino ‘yung provider, (whoever is the provider) service provider diyan, you terminate the contract and look for another one,” Duterte said in a meeting with airport officials and other government heads in Malacañang on Thursday.

The President said he does not want a repeat of the theft incident involving the pilferage of the luggage of overseas Filipino worker (OFW) Jovinal dela Cruz.

“And so for the other airports in the country, I do not want it repeated ever again,” he said.

Six employees of Miascor firm assigned at the Clark International Airport were terminated and are facing administrative charges due to the incident.

Clark International Airport Corp. Acting President Alexander Cauguiran told Duterte that charges have been filed against the suspects in the luggage theft incident.

Cauguiran had earlier said that Miascor has compensated Dela Cruz for the lost items in his luggage amounting to P84,000.

Duterte has apologized to the victim and ordered airport officials to also make a public.

“So I would also demand that the airport authorities should call the complainant and make amends, maybe in public to apologize for the sloppy job that we are doing. Matagal na kasi ito eh (this has been long enough),” he said.

“So I deeply apologize. We will pay whatever your losses,” he added.

In a statement, Miascor said it would issue an appeal to the President to reverse his decision, noting that thousands of jobs will be affected.

“We shall formally issue an appeal to the President to kindly reconsider his position on behalf of our almost 4,000 regular employees and their families who will be affected,” Miascor said.

“It is unfortunate that the actions of six erring employees in Clark International Airport have negatively impacted the company,” it added.

The company was established in 1974 and is present in several key airports in the Philippines, including main gateway Ninoy Aquino International Airport in Manila.

“Many of our customers and the traveling public can attest to our service excellence and through the years the company has been a major contributor to the growth of the country’s aviation and tourism industry,” it said.

Miascor added that it would “do everything it can to remedy the situation.”

“We would like to stress that we do not tolerate this type of behavior from any of our employees. Miascor is committed to conducting its business with the highest standards of compliance and ethics. And every employee is expected to demonstrate professionalism, honesty and integrity,” the statement showed.

Miascor also apologized anew to Jovenil Dela Cruz, who took to social media to report the theft of personal belongings inside his bags at the Clark International Airport in Pampanga province.

“Miascor management immediately reached out to him upon learning about this unfortunate incident and we have already reached an amicable settlement,” the statement showed.

“The company, together with airport authorities, also acted very quickly and placed those allegedly involved under preventive suspension. They have since been terminated and criminal and administrative charges have been filed against them,” it added. /jpv