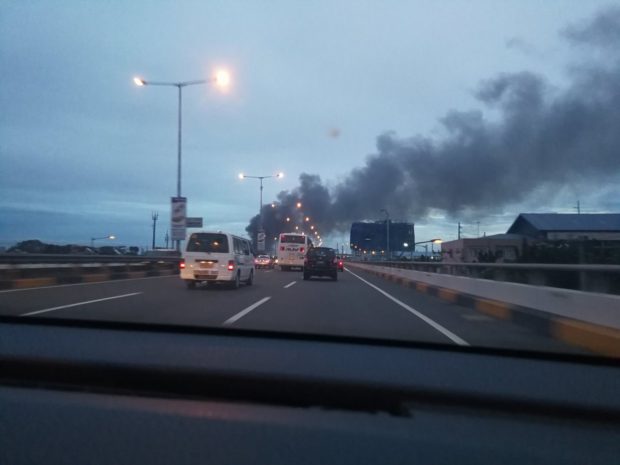 About 150 families were left homeless after a fire broke out in a residential area along C5 Road in Taguig City on Wednesday evening.

In a spot report, the Southern Police District (SPD) said two people were injured as the fire razed homes near Sitio Maliwanag and the AFP-RSBS Industrial Park in Western Bicutan, Taguig City.

The fire was declared out at 7:36 p.m. after reaching the fifth alarm at 6:16 p.m., according to emergency dispatch service TXTFIRE.

TXTFIRE first reported that smoke was visible at 5:43 p.m., which was shortly followed by the first alarm and then the fourth alarm at 5:53 p.m.

As of posting, arson investigators had been dispatched to the scene.

Fire in a residential area in Taguig (C5 road), smoke visible from Makati. Fire engines reached the area as of 5:50 pm.

According to Twitter user Stephanie Feliciano (@steliciano), the smoke was also visible from the Skyway.

This is a developing story. Refresh this page for updates.