Vice Adm. Ronald Joseph Mercado, who was sacked as Navy flag-officer in command (FOIC), on Wednesday denied the allegation that Special Assistant to the President Christopher “Bong” Go interfered in the selection of a combat management system (CMS) for the P15.5-billion frigate acquisition project.

“On my side as the FOIC, when I was FOIC, he never once, with so many times we were together in many foreign navy ships, there was never an instance, not once, that he even asked me about the frigate,” Mercado said. “Never. He never intervened much or talked to me about these things. Not once. That I’m very, very sure.”

He allegedly insisted on Tactical Thales over the Hanwha Thales for the CMS of the frigate acquisition project with Hyundai Heavy Industries.

Mercado said he would speak in the proper forum about the other issues surrounding the controversial project. 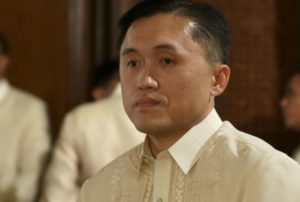 “There are so many issues on the frigate,” he said. “I just want to come on the angle of Secretary Bong Go. I’d just like to make a statement with due respect to his person. Nakakahiya naman sa kanya… That’s the only statement that I’d like to make right now. Now, any other questions about the frigate issues, I’m going to give out in the proper forum.”

Reports published by Inquirer and Rappler said that Go took special interest in the acquisition of the CMS in the frigate project. /atm