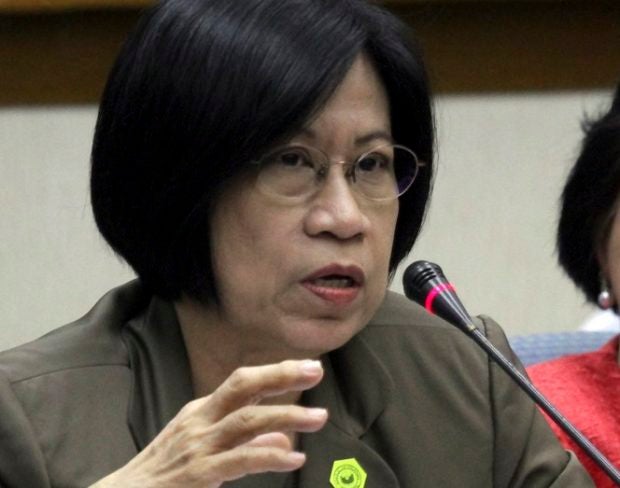 The Securities and Exchange Commission (SEC) has moved to shut down Rappler Inc., which operates a news website critical of the Duterte administration, claiming it violated the Constitution’s restriction on foreign ownership of local media.

The corporate watchdog also accused Rappler of violating the antidummy law, the Corporation Code and the Securities Regulation Code.

Rappler, founded by a group led by broadcast journalist Maria Ressa, said the decision was “pure and simple harassment” and called it “the seeming coup de grace to the relentless and malicious attacks against us since 2016.”

“We intend to not only contest this through all legal processes available to us but also to fight for our freedom to do journalism,” it said in a statement.

Malacañang, however, dismissed claims that the SEC order was an attack on press freedom.

Rappler CEO Ressa, in a press conference shown live on Facebook, said the SEC decision was political in nature. “I appeal to the government to realize that we are here to make the country stronger and help make the right decisions.”

In a ruling dated Jan. 11, the SEC revoked the certificate of incorporation of Rappler Inc., which the regulator identified as the “mass media entity that sold control to foreigners.”

Also stripped of its certificate of registration was Rappler’s 98.77-percent stockholder—Rappler Holdings Corp.—
which the SEC said was “existing for no other purpose than to effect deceptive scheme to circumvent the Constitution.”

The 1987 Constitution states that “ownership and management of mass media shall be limited to citizens of the Philippines, or to corporations, cooperatives or associations, wholly owned and managed by such citizens.”

In the ruling, the SEC declared “void” the Philippine depositary receipts (PDRs) issued by Rappler Holdings to Omidyar Network Fund LLC, a fund created by eBay founder Pierre Omidyar and his wife, claiming this was a “fraudulent” transaction under the Securities Regulation Code.

The decision was signed by SEC Chair Teresita Herbosa and Commissioners Antonieta Ibe, Ephyo Luis Amatong and Emilio Aquino. Commissioner Blas James Viterbo did not take part in the decision.

The SEC referred the decision to the Department of Justice “for appropriate action.”

The SEC secretary, Armand Pan, said the decision was not final and executory, as Rappler could appeal within 15 days.

Rappler noted that the SEC’s “kill order” revoking its license to operate was the first for both the commission and the Philippine media.

The news outfit said the SEC decision amounted to “ordering us to close shop, to cease telling you stories, to stop speaking truth to power and to let go of everything that we have built—and created—with you since 2012.”

The SEC cited “substantial evidence” that Rappler and Rappler Holdings had intentionally created an elaborate scheme upon which its receipt of more than $1 million from a foreign investor would be theoretically defensible.

Under the scheme, “the investor would never own stock and would never receive dividends and he would never become an officer or director, but respondents would still be able to give him his money’s worth in the form of negative control and cash contributions, all through a private contractual arrangement,” it said.

The SEC said it had been deliberating on the case since Dec. 22, 2016, when it received a letter from the Office of the Solicitor General (OSG) requesting an investigation into Rappler and Rappler Holdings Corp.

The OSG called for the probe “for any possible contravention of the strict requirements of the 1987 Constitution” on the issuances of PDRs to NBN Rappler LP, a Washington DC-based investment firm, and Omidyar Network.

The SEC said the Omidyar Network PDRs might be categorized as an equity derivative, since its value was dependent on the underlying equity.

A rappler employee exits its office at the Capitol Commons in Pasig on Monday, January 15, 2018 after Maria Reesa and Chay Hofilena gave a press briefing to media as the Securities and Exchange Commission (SEC) orders the revocation of its license to operate. INQUIRER PHOTO / GRIG C. MONTEGRANDE

“Here, the stockholders must have prior discussion with and approval of at least two-thirds of the PDR Holdings, meaning Rappler is at the very least under obligation to consult with Omidyar Network.

Rappler said that for every year since it incorporated in 2012, it had dutifully complied with all SEC regulations and submitted all requirements.

Chay Hofileña, acting managing editor, said the suspension of the PDRs had little effect on Rappler operations. “It’s business as usual, no changes.” —With reports from Jodee A. Agoncillo, Philip C. Tubeza, and the wires