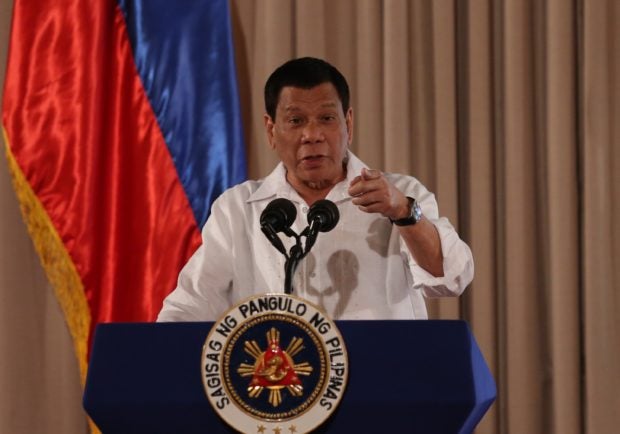 “The President wants to enact BBL first. In his words, ‘It would be hard, once Charter change begins, to implement the BBL,’” presidential spokesperson Harry Roque said in a media briefing.

“So he is clear, he wants BBL enacted … The stand of the President really … is that we must enact BBL first,” he said.

In November, Malacañang said it expected the BBL to hurdle the House of Representatives by March.

Roque said then that President Duterte had committed to the passage of the law “independent” of the administration campaign for the Philippines to have a federal form of government.

“I did not want to give any time frame to Congress because they are after all a coequal branch of government, but I have heard from my sources in OPAPP (Office of the Presidential Adviser on the Peace Process) that they’re looking at sometime in March for the passage at least in the House of Representatives,” Roque said.

He said the President would call for a special session if Congress ran out of time to discuss the BBL.

Moro rebels have been waging an insurgency since the 1970s seeking autonomy or independence in areas of Mindanao that they consider their homeland. The conflict has claimed more than 120,000 lives.