We have funds for school repair–DepEd 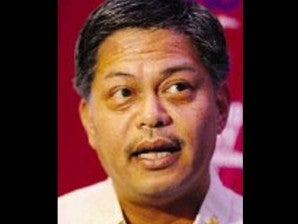 The Department of Education (DepEd) has the funds to repair typhoon-stricken school buildings across Luzon, Education Secretary Armin Luistro said, following a final assessment of the damage in the affected regions.

Luistro “assures that all reported damage for 2011 are covered with budget allocations and will be finished by the end of the year,” the DepEd said in a statement.

Funding sources include the P120-million Quick Response Fund, a P100-million funding request from the National Disaster Risk Reduction and Management Council, and P85 million in savings.

Earlier, Purisima said the DepEd was short P205.7 million as the government could only afford to pay for part of the total P453.5 million needed for the school repairs. He also said that “no actual repair work” had been started.

The DepEd said Purisima’s data was based on an initial damage survey and the figures were adjusted following three weeks of field validation.

“Upon validation, the total was placed at only P341.3 million. DepEd engineers took three weeks to validate all reports because they were required to visit five provinces (Bulacan, Pampanga, Quirino, Ifugao and Nueva Vizcaya) that were heavily hit by Typhoons Pedring and Quiel,” the DepEd said.

Major repairs, like the replacement of damaged walls and roofs, have yet to be started with funding still to be released, the DepEd said.