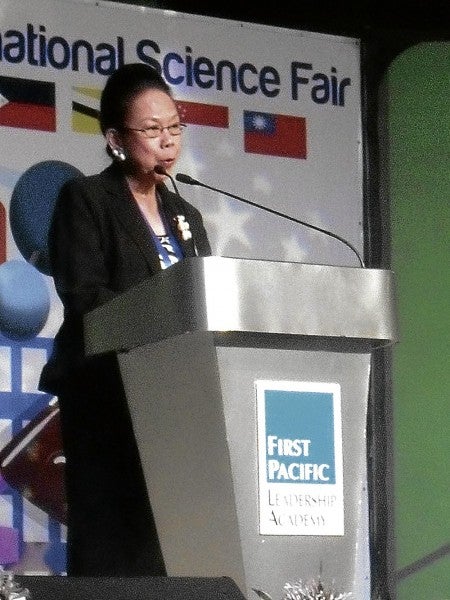 Commission on Higher Education (CHEd) Chairperson Patricia Licuanan  has resigned from  her post amid questions raised  on  her foreign trips  allegedly  even without the authorization of  Malacañang.

In a  prepared statement she read after the flag ceremony at the CHEd on Monday, Licuanan announced that “it is time to go” after receiving a call from Executive Secretary Salvador Medialdea over the weekend asking her to  resign from her office.

While “vehemently” denying the accusations against her, Licuanan said “It is time to resign as my continued presence in CHED is inimical to the interest of the institution.”

“It will only serve as lightning rod to attract more controversy that is distracting the agency from vigorously pursuing urgent reforms that will redound to the benefit of future generations of Filipinos,” the CHEd chief added.

Licuanan also hinted that there might be people who were really determined to oust her but did not mention any names.

“It has become obvious that there are persons determined to get me out of CHED by hurling false and baseless accusations against me in what appears to be a fishing expedition and a well-orchestrated move in media,” she noted.

Licuanan also said that she was puzzled on who gave her internal travel documents to Puwersa ng Bayaning Atleta Rep. Jericho Nograles.

“Only a few offices in CHED had access to these. These are internal documents to support the administrative release of funds, and while I sign the internal documents of my own travels, my signing was always based on an official travel authority from Malacañang,” she pointed out.

“The question is: Who put together these and who offered it to Congressman Nograles?” she added.

According to Licuanan, after allegations on her excessive travels were proven false, the persons who are allegedly determined to remove her from office then turned to accusing her of mismanagement and corruption on the K to 12 Transition Program.

“I must strongly denounce malicious allegations of corruption and mismanagement of funds. It has been my personal commitment to stamp out corruption in CHED since day one, despite the odds and the strong resistance. The K to 12 Transition Program has been implemented with the highest level of ethical stewardship and every peso is accounted for,” she said.

Nevertheless, Licuanan expressed gratitude for the “rare opportunity” given to her to serve the CHEd for more than seven years.

She hoped that all needed reforms in CHEd such as accessibility, quality, competitiveness, and good governance “transcend political divides” and “continue when the CHED political cloud dissipates.”

Licunan then vowed: “As a private citizen, I intend to continue as a dedicated advocate for reform in Philippine higher education.”       /kga 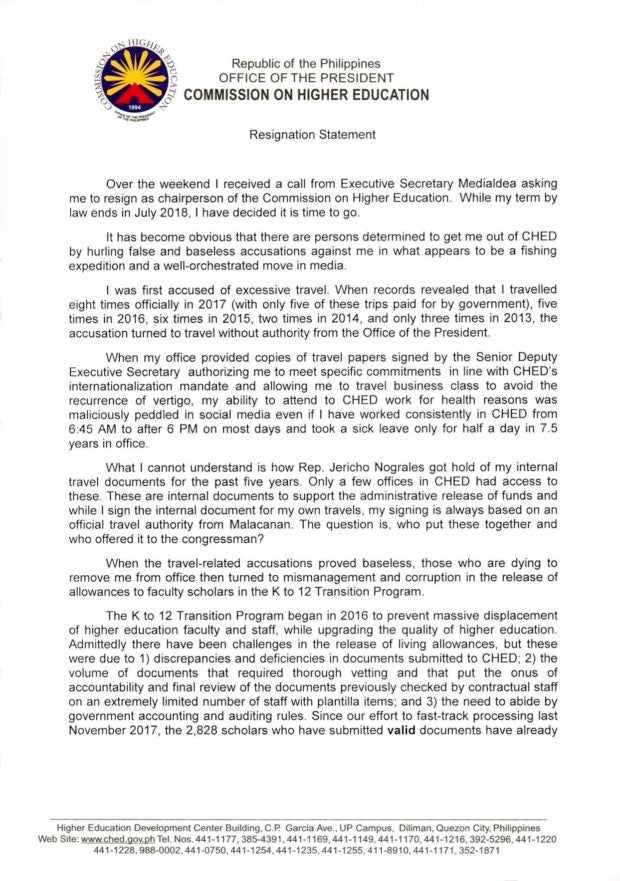