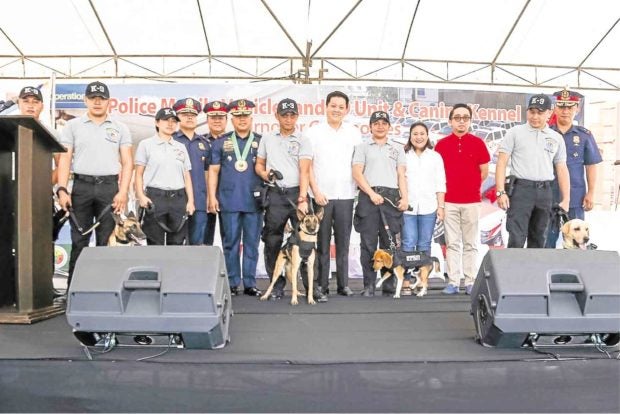 Paws up for the newest, furry partners of the Valenzuela City police.

The city has joined the short list of  local government units in the country that  maintain their own team of bomb- and drug-sniffing dogs.

They were formally turned over on Friday to the city’s 650-strong police force, who also received 60 new patrol vehicles courtesy of City Hall. 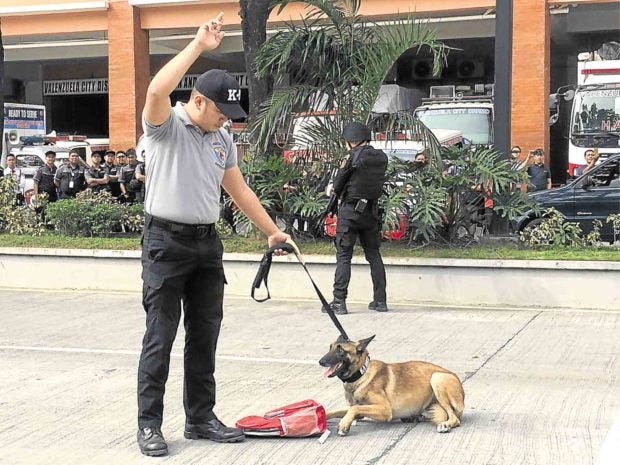 A K-9 team member is called to a bomb-sniffing demo.

Costing about P1 million each, the vehicles are equipped with global positioning systems and dashboard cameras.

These upgrades are crucial in achieving a “self-sustained police force,” said Mayor Rex Gatchalian, who led the turnover ceremony at the city’s Alert Center in Barangay Karuhatan.

The city government has converted an old fire station into  a P4-million, 400-square-meter kennel for the dogs, which cost P350,000 each.

The dogs will have their own handlers and veterinarians, the mayor said.

During the program, the sniffers got to show off their nose for nefarious activities in a simulated police operation, where they were able detect explosives and narcotics concealed in a vehicle. 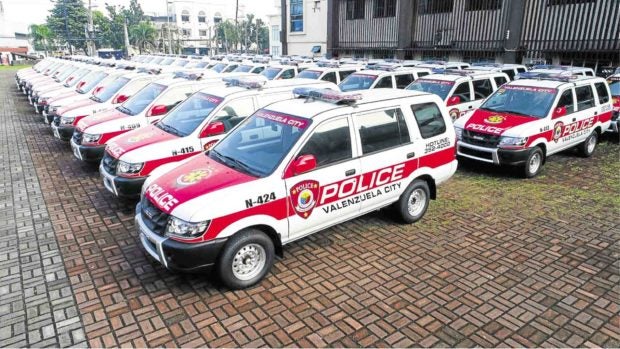 The 60 newly donated police cars are equipped with dashboard cameras and GPS.

Also in the pipeline for the Valenzuela police is  the construction of a new SWAT headquarters and firing range, as well as the procurement of 89 new firearms.

“These (upgrades) are a big boost to our city police as they fulfill their mandate,” said Senior Supt. Ronaldo Mendoza, the city police chief.

“We commit to the local government and constituents of Valenzuela that we shall serve with utmost dedication worthy of the support (they) have given us,” Mendoza added.

The guest of honor,  PNP chief Director General Ronald dela Rosa,  called on the Valenzuela police to “return the favor” and “double their efforts,” now that they had been given better equipment and resources.