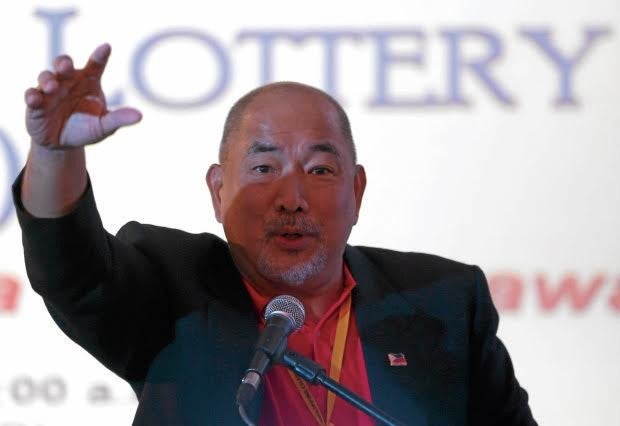 Philippine Charity Sweepstakes Office (PCSO) Chair Jose Jorge Corpuz has resigned for “health reasons,” Malacañang announced on Friday amid an ongoing squabble between two other officials of the agency.

But presidential spokesperson Harry Roque said that Corpuz was not the official whom President Duterte had been planning to sack for corruption.

“Mr. Corpuz, for the information of everyone, is not the person whom the President said he will fire for corruption,” Roque said, referring to Mr. Duterte’s speech on Thursday before officials of the Philippine Amusement and Gaming Corp. where he vowed to continue the cleanup of government.

“I am in the thick of firing people. I intend to fire another, maybe 70 or 49 policemen and three generals for corruption,” the President said.

“I am firing another chairman of an entity in government maybe this week,” he later added.

On Friday, Corpuz sent the Inquirer a text message saying he was recovering well. His son and executive secretary, Miguel Corpuz, also said that the resigned chair was “OK.”

But Corpuz, according to Florante Solmerin, deputy spokesperson for PCSO General Manager Alexander Balutan, had yet to inform the agency personally about his resignation.

“We haven’t talked to the chair … We cannot speak at the moment because we do not want to preempt his reasons, if the [reported] resignation were true. We will wait for Chair Corpuz,” Solmerin said.

PCSO Director Sandra Cam, who has accused Balutan of overspending for the PCSO Christmas party, however, accused Corpuz of resigning to skip an upcoming probe on alleged anomalies in  the agency.

“If health reasons were the real reason, Corpuz should have resigned last November when he had a stroke,” Cam said.

“I agree [that] he is really sick, but if he wants to clear his name, he should have waited for the investigation. It’s only four days to that … He’s evading it,” she added.

Cam said that what she would reveal next week would be like a Pandora’s box. A probe on the PCSO Christmas party that Cam had described as “lavish” was set on Jan. 17.