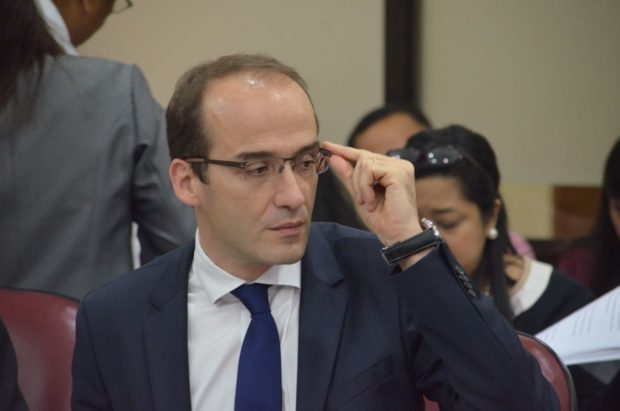 The Department of Health (DOH) has demanded P1.4 billion in refunds from pharmaceutical firm Sanofi Pasteur for its “defective” anti-dengue Dengvaxia vaccine.

“The Dengvaxia vaccine which Sanofi Pasteur aggressively promoted and sold to the Philippine Government has undeniably failed to deliver its supposed clinical benefit and safety claims, hence, considered defective under Philippine civil laws,” Duque said in a statement.

The DOH halted its dengue vaccination program after Sanofi Pasteur released an advisory saying persons administered Dengvaxia without prior dengue infection could be put at “higher risk of more severe dengue and hospitalizations.”

“The risk benefit ratio of Dengvaxia has significantly changed as the risk caused by the introduction of the vaccine to seronegative people has greatly outweighed its benefits, if any,” Duque said.

Citing data from the DOH Epidemiology Bureau, Duque said four out of 17 persons who were administered with Dengvaxia died due to dengue shock. Other deaths were among children who had other illnesses and comorbidities, he said.

“Based on the Dengvaxia Surveillance Update on January 10, 2018 from the Epidemiology Bureau, four of the 17 cases being looked into identify dengue shock as cause of death,” Duque said.

Duque, however, clarified that there was no conclusion yet on whether Dengvaxia had caused their deaths, explaining that a panel of Philippine General Hospital independent experts were currently evaluating their clinical records.

“We cannot answer that as of now because our experts are still studying the clinical records,” the DOH chief said.

In addition, Duque said the DOH also requested Sanofi Pasteur to conduct serotesting of more than 830,000 Dengvaxia vaccinees using a newly developed test to determine their pre-vaccination status for free.

The DOH also requested documents on all the ongoing clinical trials and other studies involving Dengvaxia in the Philippines, including proof that they have passed ethics review standards of the Philippine Council for Health Research and Development (PCHRD), Duque said.

Duque said the DOH has yet to receive an official response from Sanofi Pasteur.