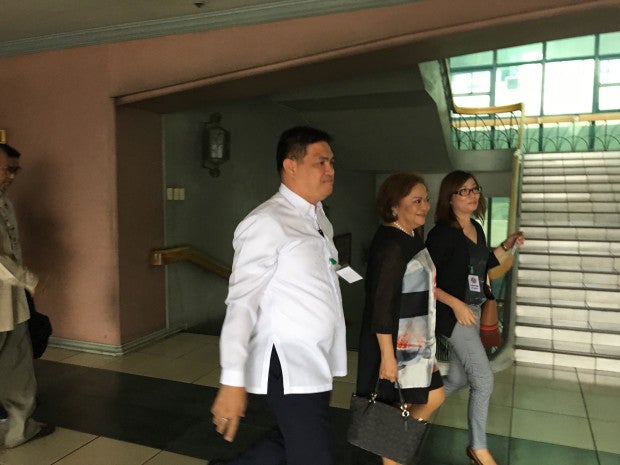 A militant lawmaker assailed the Energy Regulatory Commission (ERC) on Friday for “obstinately defying” the order of the Office of the Ombudsman suspending four ERC commissioners over the alleged anomalous power supply agreements.

“[W]e are now receiving reports that the ERC, with its new chair, Agnes Devanadera, continue to hold hearings together with the suspended four commissioners—in utter disregard of the lawful order of the Ombudsman,” Zarate said in a statement.

Zarate warned that such move could place the commissioners, including Chair Devanadera, “for another graft and corruption charges.”

In December 2017, the Ombudsman found the commissioners guilty of conduct prejudicial to the best interest of the service, aggravated by simple misconduct and simple neglect of duty.

They were accused of giving undue advantage to power utilities like the Manila Electric Company (Meralco) for exempting them from the Competitive Selection Process (CSP) in 2016, which requires electricity distributors to hold competitive bidding for their power to lower consumer rates.

The anti-graft body ordered the one-year suspension of the commissioners as well as the filing of graft charges against the officials for causing undue injury to the government and giving unwarranted benefits to private parties.

Zarate said that the commissioners were “clearly” found guilty of the offense and should “not be treated as sacred cows.” /jpv

“In fact, with the Ombudsman’s findings, the Office of the President can even dismiss these erring commissioners and appoint news ones who would really look out for the best interest of the consumers,” he said.

The lawmaker emphasized that under Section 7, Rule III of the Rules of Procedure of the Office of the Ombudsman, as amended by Administrative Order No. 17, the anti-graft body should “ensure that the decision shall be strictly enforced and properly implemented.”

“The refusal or failure by any officer without just cause to comply with an order of the Office of the Ombudsman to remove, suspend, demote, fine, or censure shall be a ground for disciplinary action against such officer,” the order stated.

Zarate called on the Ombudsman to “strictly enforce its suspension order and not allow this blatant disregard of its authority by these ERC officials.”