Trader tagged in P6.4-B shabu shipment says he did not try to leave PH 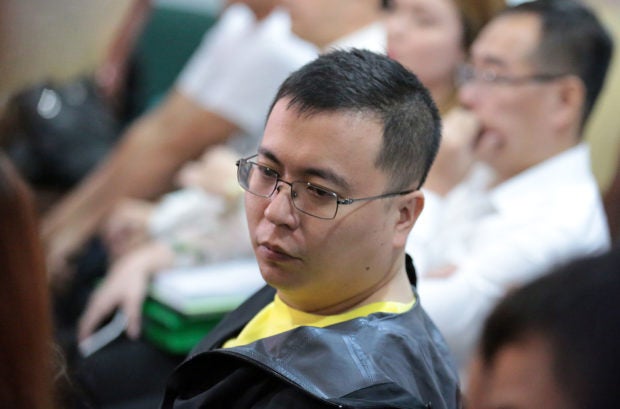 CEBU CITY—-The Chinese-Filipino businessman tagged in the P6.4-billion shabu shipment confiscated by the Bureau of Customs last year denied claims by the Bureau of Immigration (BI) that he tried to leave the country.

In a statement sent to the Inquirer on Friday, legal counsel of Dong Yi Shen or Kenneth Dong stressed that he didn’t try to bribe an immigration official so he could leave the country following the dismissal of the drug case against him and several others.

Instead, lawyer Leilani Villarino said, her client was asking the BI to investigate the matter first before releasing any statement.

“False allegations as these have indubitably brought additional and unnecessary woes especially to his family,” she added.

Villarino maintained that her client had no plans to leave or had attempted to flee the country.

“Hence this allegation from the BI officials is not only false but malicious as well,” said the lawyer in the statement.

Villarino pointed out that even after he was released from confinement, Dong remained in Manila because he wanted to prove his innocence.

“As a matter of fact, he returned to the country from Singapore purposely to attend the Senate hearings to clear his name after he was dragged to this controversy,” she added.

“Kenneth Dong assures this government and the public that he has no intention to leave. He is innocent of all the charges against him and he is ready to prove it any time and at any forum,” the lawyer said.

Last Thursday, lawyer Ma. Antonette Mangrobang, Immigration spokesperson, said the BI was investigating the report of the ports operations division that Dong tried to flee the country following the dismissal of the drug case against him by the Valenzuela court.

“Our immigration officers are always on alert in enforcing the Immigration Lookout Bulletin Order issued by the Department of Justice on the personalities involved in the drug shipment cases. We will not allow anyone to bribe our officers,” she added.

Last year, co-respondent Chen Ju Long or Richard Tan also attempted to leave the country but was not allowed by the Immigration personnel.

Both Dong and Tan were indicted before the Valenzuela court for violation of Section 4, in relation to Section 26 (a) of Republic Act No. 9165 (Comprehensive Dangerous Drugs Act) from the complaint filed by the Philippine Drug Enforcement Agency. But the court recently dismissed the case for lack of jurisdiction.

The Bureau of Internal Revenue then filed multimillion-peso tax evasion charges against Dong and another accused, customs broker Mark Taguba.