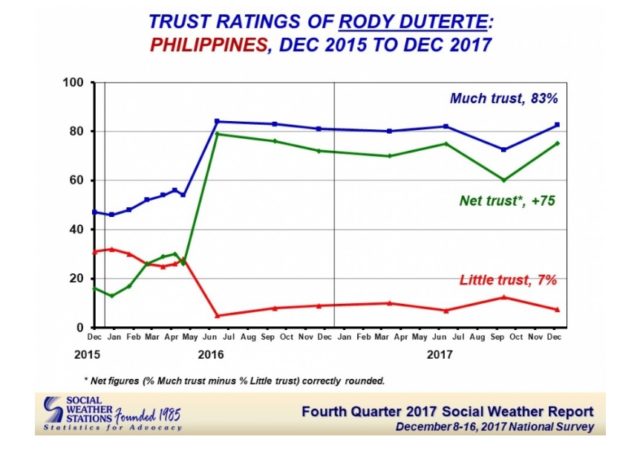 The SWS 2017 Fourth Quarter Survey released on Thursday night showed that 83 percent of Filipinos had “much trust” in Duterte while seven percent had “little trust” with the President.

“Except in September 2017, Pres. Duterte’s net trust rating has been excellent since he became President,” SWS said.

SWS said Duterte’s rating remained excellent in Mindanao at +94 while it also rose from “good” to “excellent” in Visayas at +76.

President Duterte’s rating, SWS said, also rose from “good” to “excellent” in Metro Manila at +73 while it remained very good in Balance Luzon at +66. 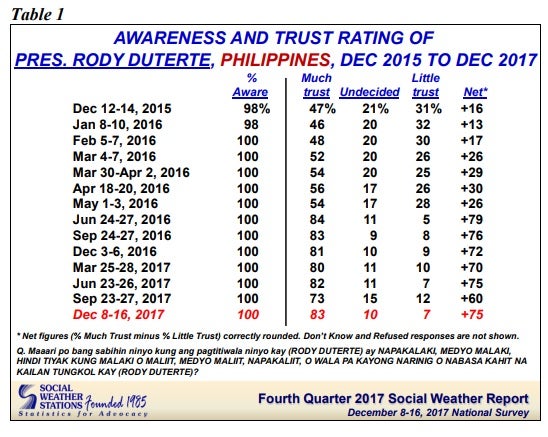 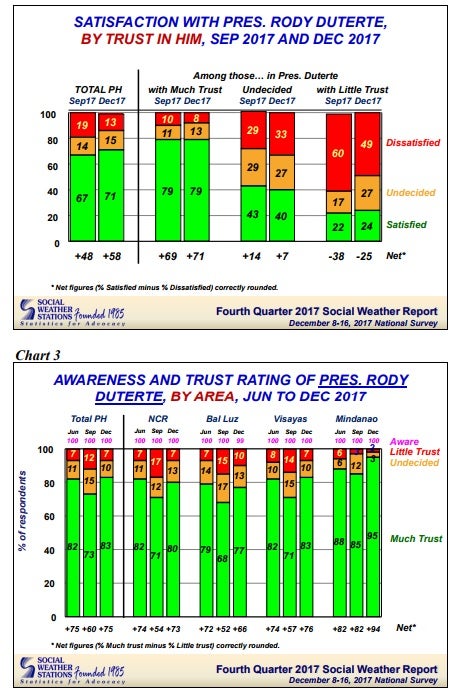