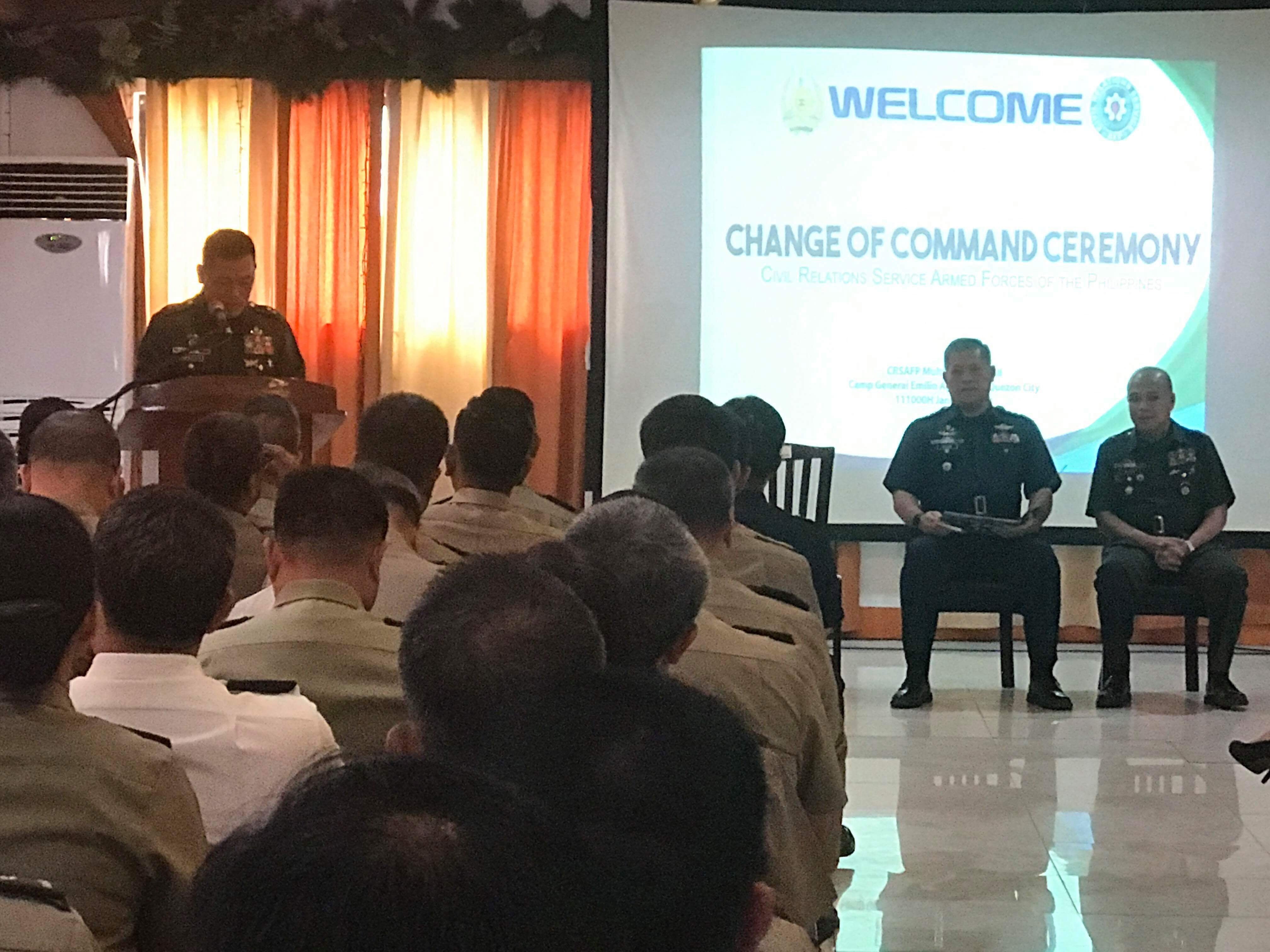 Members of the Defense Press Corps (DPC) on Thursday were barred from covering the change of command ceremony of the Armed Forces of the Philippines’ Civil Relations Service (CRS), the main psychological operations (PSYOPS) and civil-military operations arm of the military.

When Evangelista assumed as Socom commander at Fort Magsaysay in Nueva Ecija on Monday, he invited the media present to attend the CRS change of command ceremony.

But the media who covered the event at CRS were ushered outside by a military personnel a few moments after they got in.

It remains unclear why the media were suddenly not allowed to cover the program.

It was ironic that at the time of the incident, Evangelista was talking about the role of media in his outgoing speech.

“We really have to keep the public aware of what is going on and that is through the media. Unlike before, we tend to isolate ourselves. How can we expect the public to react properly if they are not informed?” he said.

The CRS is the unit that engages the public through its public information and community relations programs “to create a favorable atmosphere between the community and the AFP.”

Evangelista apologized to reporters later when he was informed of the incident.

“It was not under my control. Alam niyo naman na open ako sa media (You know that I’m open with the media),” he said. /je

Read Next
Retired teacher, granddaughter dead from fire in Zamboanga del Norte
EDITORS' PICK
US, Indonesia commit to South China Sea defense in ‘strategic dialogue’
Smart reaffirms dominance as the Philippines’ fastest 5G mobile network
The vivo V21 drops its price to equip the influencer in you
Patients ‘almost die’ waiting for Kalibo hospital beds to free up, says mayor
Why REIT investment makes sense
Aklan gov to request for ECQ if COVID-19 cases will further increase
MOST READ
‘Hatid-sundo’ for APORs not allowed during ECQ — PNP
Pacquiao seeks PNP’s help, wants ‘forged’ PDP-Laban memo probed
‘At peace’ with effort, EJ Obiena establishes himself among PH’s greatest ever
Anxiety over paltry lockdown aid: ‘We will die of hunger’
Don't miss out on the latest news and information.