Senior Insp. Jerson Montellana, chief of the investigation division of the Bureau of Fire Protection-Pasig, said the fire broke out at one of the houses located on Blumentritt Street in barangay Kapasigan around 9:48 a.m.

ADVERTISEMENT
Montellana said they learned the fire apparently started from the house of a certain Daisy Mainit.
The investigator said Mainit was cooking rice when she left to buy something from a store. When she went back, the fire has already started, he added. The estimated cost of damage is around P3 million.
Four were injured including Relea Catacutan, 21, who had difficulty of breathing; and Maxetter Alcantara, 22, Victoria Bispera, 64 and Erning Sales, 67 who had dizziness. 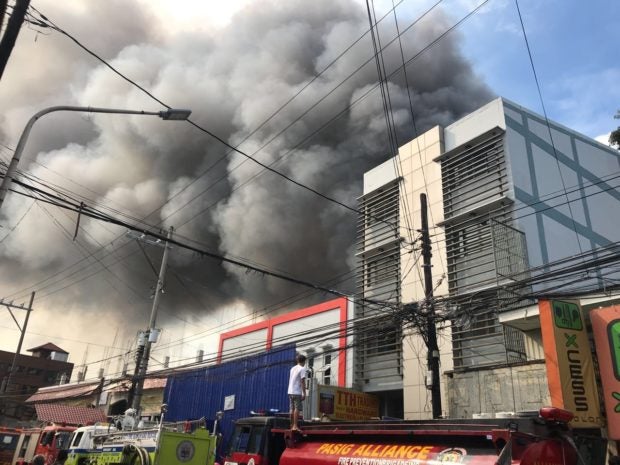 A portion of the old Pasig market was partly damaged by the blaze. The house situated in the affected area, which is also near the Pamantasan ng Lungsod ng Pasig, were mostly made of light materials, making fire spread rapidly.

Fire fighters tried to prevent the fire from spreading to an adjacent hardware store selling paints and other highly combustible products near the area, said Senior Insp. Evelio Quimpo Jr. of the Fire District Fire 4.

At least eight fire trucks from the BFP and 32 from the volunteer fire brigade responded to put out the blaze.

BFP is still investigating the cause of the fire as of this posting. /jpv 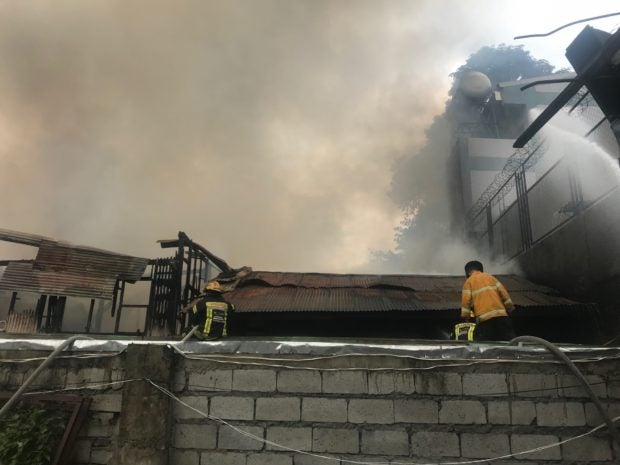