Rapid death seen among children who got Dengvaxia — expert 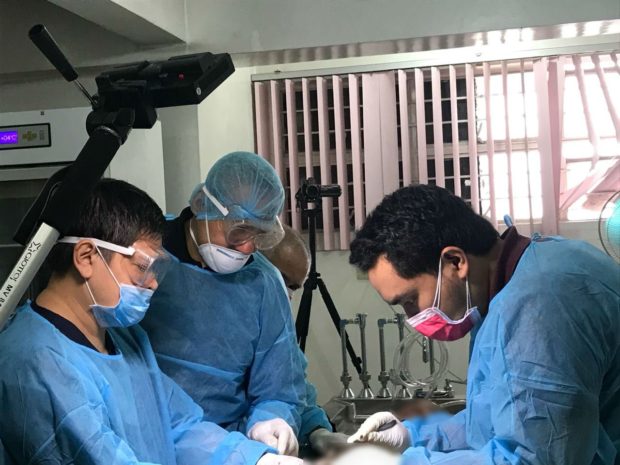 Forensic investigators examine the remains of a child who died of illness. The investigators are trying to determine if the death was linked to the Dengvaxia vaccine. INQUIRER FILE

Rapid death met children who got sick within six months after receiving the Dengvaxia vaccine, a forensic expert said Wednesday.

One child, Zandro Colite, 11, who died last Dec. 27, died less than 24 hours after feeling the symptoms of severe dengue, according to Erfe.

Erfe examined the child’s body on Jan. 9 and found that the boy suffered “massive bleeding” in his brain, lungs, heart, kidneys, and liver. He also had enlarged kidneys and spleen.

Colite received a total of three doses of the Dengvaxia vaccine within six months.

Dr. Erfe said that upon examining the four bodies of the children inoculated with Dengvaxia, they found that they fell ill within the six month period after receiving the vaccine aimed at fighting dengue.

He noted a “pattern” that showed the rapid progression of illness among the children who died after getting sick within six months from vaccination.

“Within the six month period, napakabilis ng course of the disease,” he said.

Erfe said he had prayed that they would not find a pattern in the deaths of the children. Unfortunately, he said, a pattern is emerging. /cbb