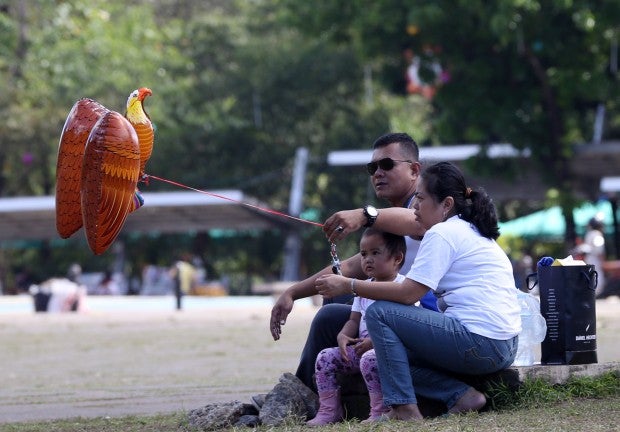 More Filipinos remain optimistic that their lives as well as the country’s economy would get better in 2018, according to a recent Social Weather Stations (SWS) survey.

The SWS survey disclosed that 49% of Filipino adults expect their personal quality of life to get better in 2018 while 3% expect theirs to get worse, resulting into a “record-high” net personal optimism of +46.

“This is four points above the excellent +42 (47% Optimists, 4% Pessimists) in September 2017, and matches the record-high level that was first achieved in June 2016,” the SWS said in a media release on Tuesday.

In addition, the SWS said 41% of Filipinos said their lives improved in 2017, while 18% said their lives have worsened, which posted a “new record-high” net score of +23, which is classified as “excellent.”

The social research institution said net personal optimism on the quality of life has been “excellent,” or +40 and above, for the past two years, except in March 2017 when its highest only reached +36.

At the same time, the SWS said 52% of Filipinos were optimistic the country’s economy would get better, while 9% said it would decline, resulting into a +42 net optimism on the economy.

Net optimism among Filipinos in all areas of the country also remained “excellent,” or +20 and above, the SWS said.

The SWS said net optimism about the economy has been “excellent” since December 2015.

According to the SWS, the survey was conducted using face-to-face interviews with 1,200 adults nationwide, with 300 respondents each from Metro Manila, Luzon, Visayas and Mindanao.

The survey has a margin of error of ±3% nationwide, ±4% for Luzon, and ±6% each for Metro Manila, Visayas and Mindanao, the SWS said. /jpv

Palace: ‘There’s much to look forward to next year’