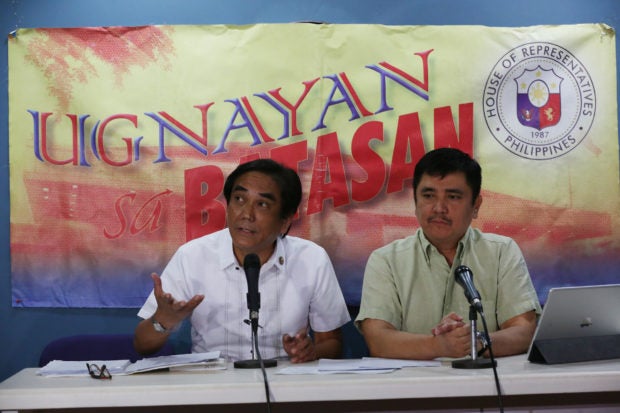 Two lawmakers, who were the first to propose a draft federal Constitution, said on Monday that they would be receptive to the “no-election” (no-el) scenario in 2019 floated by Speaker Pantaleon Alvarez should the country transition to the new federal system of government.

Deputy Majority Leader Aurelio Gonzales Jr. and Deputy Minority Leader Eugene de Vera, coauthors of Resolution of Both Houses No. 8, said they saw the point behind the idea raised by Alvarez even if their proposed draft did not provide for such a scenario.

De Vera said a proposed 10-year transition would be “too much,” as the period should take only three years “until President Duterte steps down in 2022,” should the constitutional plebiscite push through this May 14. —Vince F. Nonato