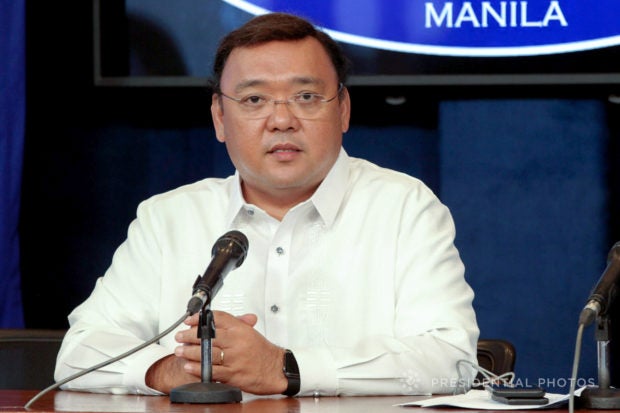 Calling it a travesty of justice, a Malacañang official on Monday said the Duterte administration would “exercise all legal options” to overturn the Court of Appeals ruling that saved former Palawan Gov. Joel Reyes from standing trial for the 2011 murder of environmentalist and broadcaster Gerry Ortega.

“We will exercise all legal options to reverse this decision of the Court of Appeals… That’s an official stand of the Philippine government,” Roque said in a media briefing.

“The government will exhaust all remedies, including filing first a motion for reconsideration,” he added.

It’s up to the OSG

At the Department of Justice, Aguirre said it was up to the Office of the Solicitor General (OSG) to appeal the ruling.

“It is the OSG that is in charge of the case since it is on appeal,” Aguirre said.

“The filing of an appeal depends on the ruling if it will constitute double jeopardy,” he added.

In a 3-2 decision on Jan. 4, a five-member special division of the appeals court exonerated Reyes, the alleged brains behind the murder of Ortega.

The special division ruled that the Puerto Princesa Regional Trial Court (RTC) abused its discretion when it decided there was probable cause to charge the former governor of involvement in the killing of the broadcaster.

“Call it a second chance afforded him by God or a lucky three-point play for him, to use a common street lingo, or a miracle in his favor, [Reyes] must by all means be exonerated from the charge,” Associate Justice Normandie Pizarro, writing for the majority, said in the ruling.

Roque described the ruling as “alarming” and a “travesty of justice.”

The presidential spokesperson once served as a private prosecutor on the case until June 2016, when he joined the House of Representatives as a party-list nominee.

“For the first time, I was allowed by the President to comment in my individual capacity [on] this case … It is not true that the case was a ‘miracle,’ [as described by Pizarro]. The case, true, is a [mystery] that is really a travesty of justice,” he said.

“So, I find it alarming that this [appeals court] decision overruled an earlier [Supreme Court] decision and arrogated its own judgment for that of the Regional Trial Court, [which] had [the] opportunity to physically accept the evidence, observe the demeanor of the witnesses, and concluded that there was probable cause,” Roque said.

“We had concluded the presentation of all evidence for the prosecution and the defense had also concluded its presentation of evidence and there was already a decision of the lower court that evidence of guilt was strong against former Gov. Joel Reyes,” he added.

“This is a very sad development for freedom of the press in this country given that the murder of Gerry Ortega is a classic case of extralegal killing since Gerry Ortega was both a member of the journalism profession and he’s also an activist,” the Palace official said.

Ortega was shot dead by a hired gunman on Jan. 24, 2011, and Reyes had been pinpointed as the mastermind.

The investigation led to the indictment of Reyes, his younger brother, former Coron, Palawan, Mayor Mario Reyes, and several people formerly connected with the provincial government of Palawan.

Reyes was initially absolved by a justice department panel of investigators, but then Justice Secretary Leila de Lima rejected the decision and formed a second panel, which found prima facie evidence to indict him.

In 2012, the Reyeses went into hiding before the Palawan Regional Trial Court could issue warrants for their arrest.

Joel Reyes questioned before the appeals court the validity of the creation of a second panel and asked the tribunal to dismiss the case on that basis.

The case went through the courts while the Reyeses were in hiding. They were eventually arrested in Thailand and brought back to the Philippines to face trial in 2015.

Mario Reyes, however, was allowed to post bail in 2016. On Friday, Joel Reyes was released from jail after the appeals court handed down its ruling.

Roque said Joel Reyes should be placed on the Bureau of Immigration’s watch list to prevent him from escaping again. —WITH A REPORT FROM MARLON RAMOS