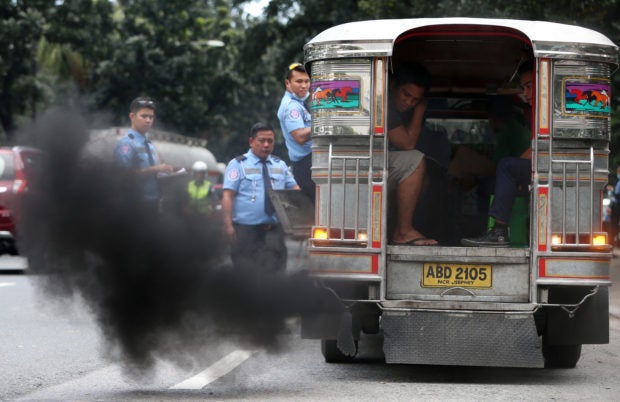 Over 250 drivers of public utility vehicles (PUVs) are expected to report to the Land Transportation Office (LTO) after they were flagged down on Monday by the Interagency Council on Traffic (I-ACT) as part of the government’s implementation of its PUV modernization program.

On the first day of the Department of Transportation’s “Tanggal Bulok, Tanggal Usok” campaign, at least 123 PUVs, mostly jeepneys, were apprehended for smoke belching, while another 130 were found to have defective parts and accessories such as bald tires.

According to Tim Orbos, the transport undersecretary for roads, the drivers flagged down on Monday should report to the LTO within 24 hours and submit their vehicles to an inspection to determine their roadworthiness.

Vehicles that fail would be impounded, while those that pass would be allowed to operate for the next three years, the transition period for the modernization program.