Roque: 3 more presidential appointees under probe due to complaints 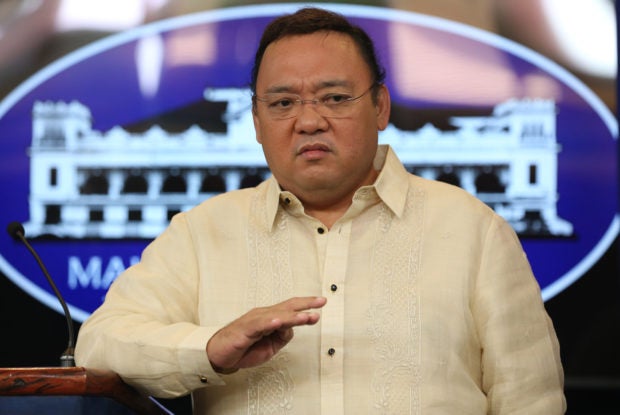 President Rodrigo Duterte is investigating three more government officials who could be next on the chief executive’s chopping block, presidential spokesperson Harry Roque said on Monday.

“Well, let’s just say that the President always acts on complaints and I know of at least three complaints that have been received by the Office of the President,” Roque said in an interview with CNN Philippines.

“He never ignores these complaints,” he added. “Now, but in fairness, he does his research and he always appoints an entity to investigate and when I make an announcement he always give me a copy of the report submitted to him after investigation has been conducted.”

He said all those under investigattion were “all presidential appointees.”

“Why would he fire someone he did not appoint?” he said.

Duterte had earlier fired Marcial Amaro III, administrator of the Maritime Industry Authority (Marina), for his excessive foreign trips and Terry Ridon, chair of the Presidential Commission for the Urban Poor over “unnecessary trips” abroad.

“Let’s just say that he has given the message to everyone, that if you want to travel, if you want to make money join the private sector, you have no place in government,” Roque said.

READ: Duterte on firing Ridon: He traveled 7 times, rarely had meetings at PCUP

Aside from the three top government officials, he said 30 police officers would be axed from the service.

“I think it’s a minimum of 30, that how much. 30 policemen/personnel. If I am not mistaken there would be at least four colonels,” he said. /atm