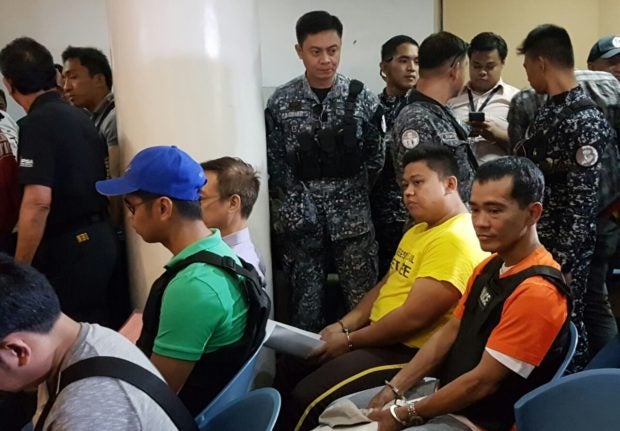 The Angeles City Regional Trial Court has granted the bid of government prosecutors to turn as state witness one of the police officers involved in the abduction and death of Korean businessman Jee Ick-Joo on October 2016.

In a joint order dated Jan. 3, 2018 but made public only on Monday, Jan. 8, Angeles City Regional Trial Court Branch 58 allowed SPO4 Roy Villegas to testify for the government.

While Villegas has direct participation in the abduction of Jee, he did not participate in the killing of the Korean executive. He was, however, one of the men who took Jee’s body at the Gream Funeral Services in Caloocan where it was cremated.

In the 10-page joint order by Judge Irineo Pineda Pangilinan Jr., the court agreed with the prosecution that Villegas’ testimony was “an absolute necessity.”

In their motion, the prosecutors said the specific participation of Supt. Rafael P. Dumlao III could only be established by the testimony of eyewitness Villegas.

Dumlao has been tagged as the brains behind the abduction and killing of Jee. He has filed a petition for his temporary liberty citing weak evidence by the prosecution.

“Applicant Villegas’ testimony of the participation of accused Dumlao in the crmes charged is an essential evidence to support the People’s [prosecution’s] opposition to the petition for bail,” the prosecutors said in their motion.

The prosecutors admitted that there was absence of other direct evidence of Dumlao’s participation in the crime except Villegas’ testimony.

Agreeing with the motion to discharge, the court said: “The testimony of accused Villegas is absolutely necessary to prove conspiracy among the accused who are charged with conspiring and confederating with each other on the alleged abduction of Jee and Marisa Morquicho [Jee’s househelp] and the subsequent killing of the victim Jee.”

The court also noted that, while Villegas had active participation in the abduction and even the disposing of Jee’s body, he did not participate in his killing.

Lastly, the court said Villegas had not been convicted of any offense involving moral turpitude.

Villegas will resume his testimony on Jan. 11 during which he will be subject to cross examination.

Based on Villegas’ testimony, Jee was abducted and strangled to death inside the national headquarters of the Philippine National Police in Camp Crame. His body was taken to a funeral parlor in Caloocan City where it was cremated. /atm