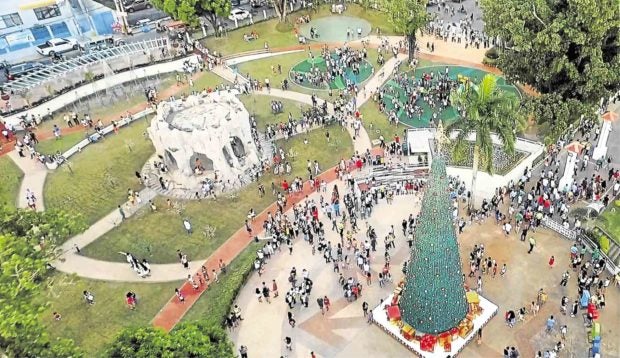 ‘PARKE’ To people who grew up in Lucena City, Perez Park will always be their beloved “parke.”

LUCENA CITY—Ravaged by natural elements and government neglect, Perez Park, one of the original parks in the country with a sunken design, is slowly regaining its former glory after 90 years.

“The magic of Perez Park is now coming back,” said local historian Carlos Villariba, citing the reappearance of the park’s first block that was changed from its original design a few years ago.

Villariba, also a photo curator of the Quezon Gintong Yaman Museum, said the planned rehabilitation of the facility’s other blocks or sections “is a great step in the right direction to preserve the unique cultural treasures of the province.”

Perez Park is one of the surviving public recreation areas in the country that were built during the early years of the American colonization. These included Burnham Park in Baguio City and the University of the Philippines’ sunken garden on its Diliman campus in Quezon City.

“Many of our provincemates are not probably aware of the significance of the reopening,” Suarez said. He pointed out that Perez Park had played an important role in the history of the provincial capitol complex. 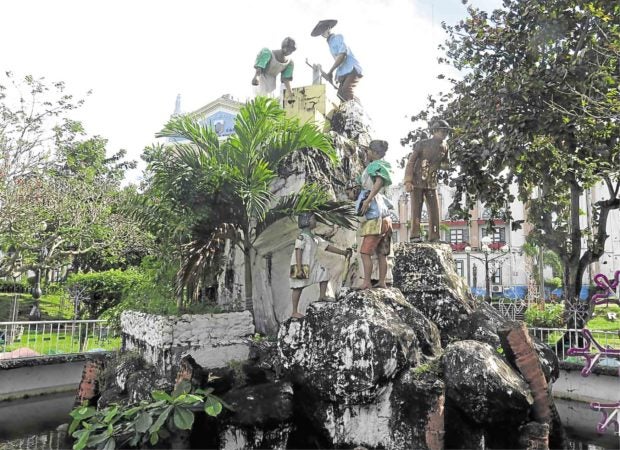 A shrine honoring government workers, like teachers and policemen, stands at the park’s third block.

Named after the donor, Perez Park faces the capitol building or “kapitolyo.” It was designed by American architect William Parsons, built in 1924, and inaugurated in 1927.

Parsons also conceptualized the neoclassical and Art Deco design of the kapitolyo, in collaboration with Filipino architect Juan Arellano, according to Villariba.

Today, the first block features a walkway, playground and a man-made cave doubling as a bandstand where top musicians performed for free in the 1920s and 1930s to residents seated in two shaded galleries.

A stone map of Quezon made up of boulders representing the province’s towns is on the second block. An embossed glass displayed the total land area and population at the time it was constructed. 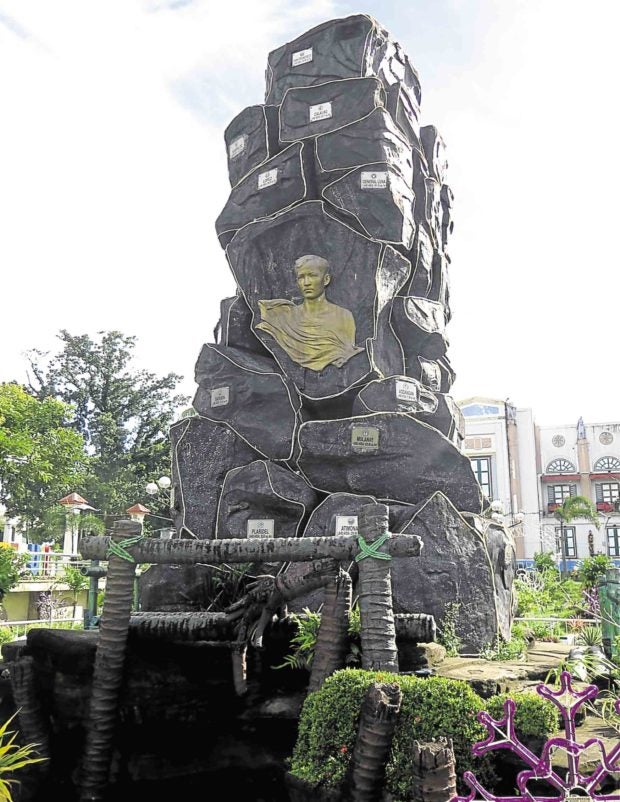 Quezon province’s towns are represented in this stone map that also features a bust of national hero, Dr. Jose Rizal.

On the third block is a shrine in the middle of a fishpond with concrete images of teachers, policemen, road workers and government employees.

Another block was added in 1953, bearing the life-size bronze monument of the late President Manuel L. Quezon.

Then Gov. Anacleto Alcala installed a multicolored fountain in 1967 to help residents forget about the tragic fire that razed the city’s residential and commercial areas in 1965. Water gushed to as high as 15.24 meters (50 feet).

For the past three decades, the fountain had been left idle; the operating gadgets underneath were left to rust. The incumbent governor, Suarez, transformed it into a multicolored dancing fountain.

“This park was the rendezvous of city youngsters then,” said Jose Roces, 75, a “balikbayan.”

House Minority Leader Danilo Suarez, 75, another native, said the park was where teenagers dated. “The boy often courted the girl of his fancy here,” he said.

In early 2000, the first block of the park underwent an unwelcome rehabilitation during the term of Gov. Wilfrido Enverga.

The playground, skating rink and all iconic markers were buried by tons of soil and gravel, and flattened. The street between the first and second blocks was reclaimed as an events area. 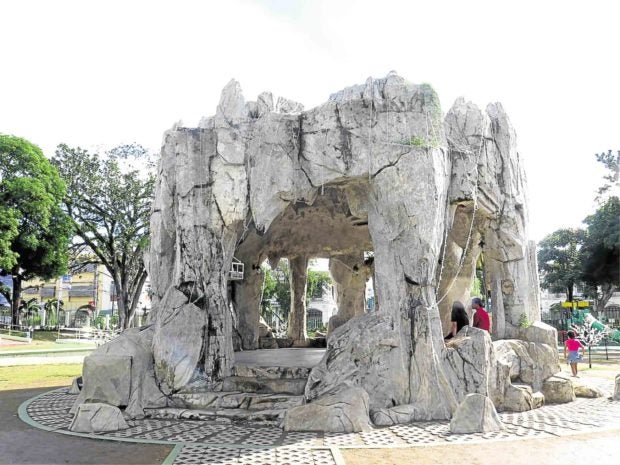 Though the cave was untouched, the spectators’ galleries were demolished.

Protesting residents led by city old-timers and heritage advocates filed a case in court, forcing the provincial government to shelve its plan to also reshape the other original low-level features of the other blocks.

“They desecrated the park back then. It’s good that the present provincial government restored its original sunken design. Though not a perfect reconstruction, but for the city old-timers like us, the changes are very much appreciated,” Roces said.

Unearthing and restoration of the lost part of the park started in early 2017. Suarez vowed to complete the work on the entire park as part of his cultural heritage protection program.

The much-awaited restoration of the kapitolyo will start this year.

The reopening of the park’s first block coincided with the switch-on of a giant Christmas tree at the center last month. Christmas lights turned the kapitolyo into a massive structure of flickering and glowing contours, and the trees in front of it ablaze.

“This is our expression of thanks for the awards and recognition that the provincial government have received,” Suarez said.