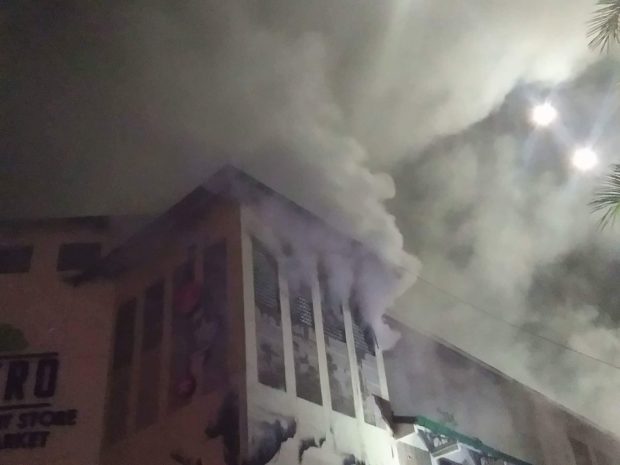 CEBU CITY—Management of Metro Ayala confirmed Saturday morning that the fire that hit Metro Ayala Mall started from the third floor of the department store inside Ayala Center Cebu at the Cebu Business Park here.

In a two-paragraph statement sent to the local media here, Metro Ayala confirmed that smoke was detected about 9:30 p.m. on Friday from the stockroom of the toys department of Metro Ayala building.

The fire department had already raised the fire alarm into task force alpha, which meant all fire stations within the Cebu City and the other cities and municipalities were asked to respond to the fire alarm.-Connie Fernandez, Inquirer Visayas