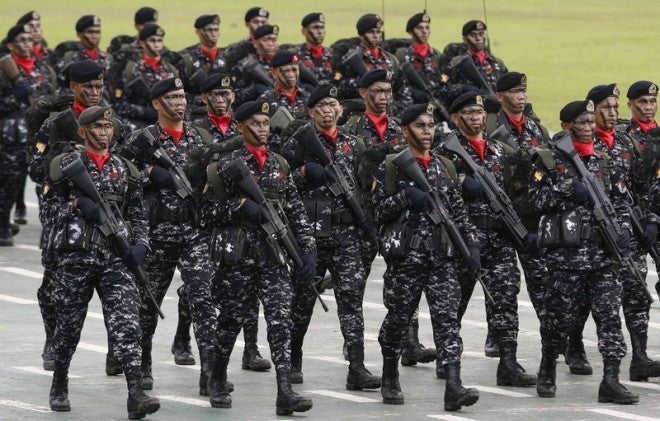 A member of the Philippine Military Academy Class of 1986, Paje led the Scout Rangers during the Marawi siege, the biggest crisis of the military in recent years.

A change of command ceremony was held on Wednesday at the J7 headquarters at Camp Aguinaldo.

Paje, who was promoted from Brigadier General, was among the commanders who donned their new ranks in a ceremony on Thursday in Camp Aguinaldo.

Colonel Joseph Villanueva, the Head of the Headquarters Academics Group, Philippine Military Academy is promoted to the rank of Brigadier General.