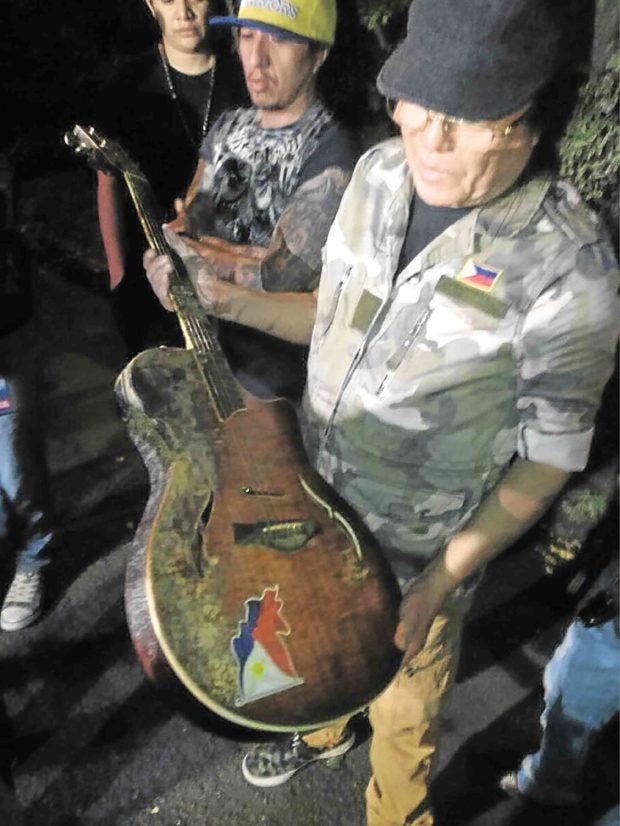 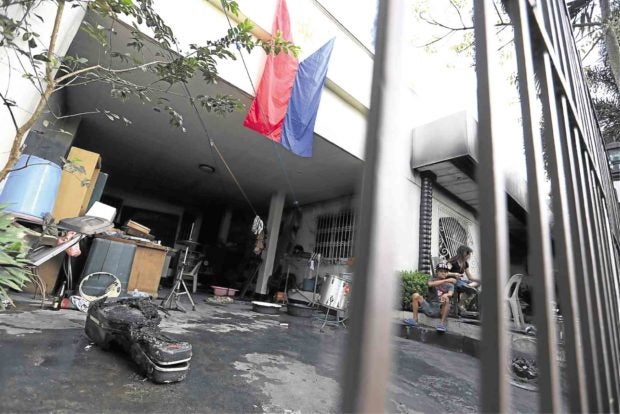 Among the valuables lost in Tuesday night’s fire were some of the prized guitars behind Ka Freddie’s folk classics. —PHOTO BY NINO JESUS ORBETA; UPPER PHOTO BY JUSTINNE PUNSALANG/RADYO INQUIRER

A fire gutted the Quezon City residence of folk musician Freddie Aguilar on Tuesday night, destroying about P1.5 worth of property that included some of his prized guitars, records, awards, paintings and other personal memorabilia.

The Bureau of Fire Protection said the fire started at the ceiling of the music room on the first floor of Aguilar’s house on Avery Street in North Fairview Park Subdivision around 11 p.m.

The fire only reached the first alarm and was declared out around 11:38 p.m., but it destroyed valuables estimated at around P1.5 million, according to Senior Supt. Manuel Manuel, the city fire marshal.

A Radyo Inquirer report said Aguilar was at a bar on Tomas Morato, Quezon City, when the fire broke out.

No one was hurt as Aguilar’s pregnant wife Jovie, his son and mother-in-law managed to get out as the flames spread. —Jhesset O. Enano