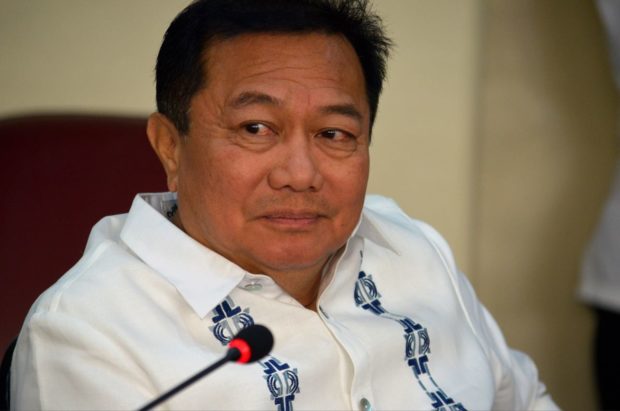 It was not “dictatorship,” but an exercise of his right.

This was how Speaker Pantaleon Alvarez defended anew on Wednesday the removal of infrastructure funding for opposition members from the 2018 national budget, saying this was also done by previous administrations.

READ: Alvarez tells solons who got no funding: That’s life

But unlike in the past, he said he did not use the budget to hold his fellow lawmakers “hostage.”

When the anchor asked again if asking everyone to agree with the administration was tantamount to “killing democracy” and pushing for a “rubber-stamp” Congress, the Speaker answered no.

Citing sources, the Philippine Daily Inquirer reported last month that 24 “undesirable” lawmakers were deprived of infrastructure budget for their districts or party-list constituencies for not toeing the administration line.

Alvarez confirmed the report and defended the slashing of the budget, telling his colleagues that “you can’t have your cake and eat it too.” /cbb