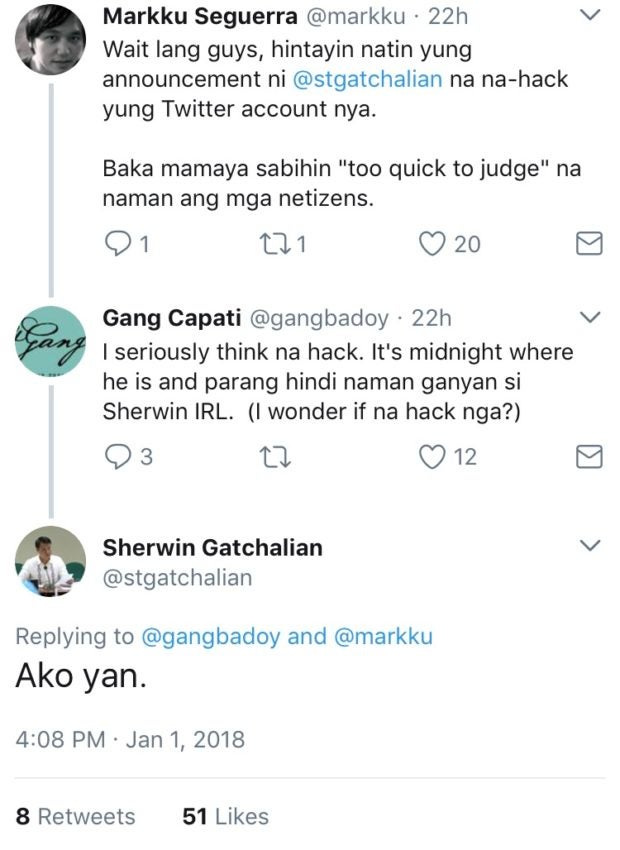 Senator Win Gatchalian’s tweets cursing on social media went viral after some netizens blasted him for being a “trapo” when he criticized the Aquino administration, which he used to support.

While on a vacation in US, Gatchalian, in his account @stgatchalian, replied to some Twitter users with expletives “g*go,” “g*go ka!” and “ul*l” on New Year’s day. 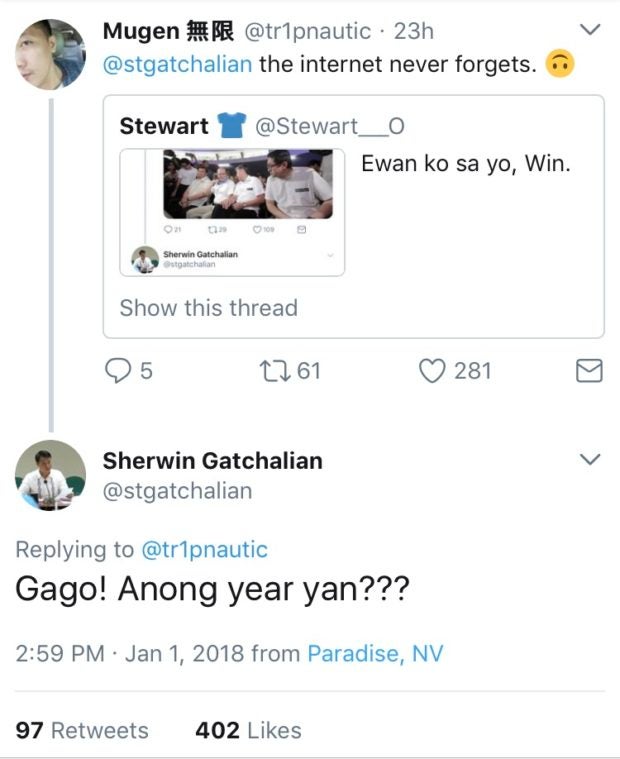 Asked whether he was the one who tweeted the replies, Gatchalian did not categorically confirm it but in a text message to INQUIRER, he said: “Grabe na pag insulto ng mga trolls. Dati pa ‘yan. I don’t know what they get out of it.”

The senator was responding to posts of his old tweets back in 2010 until 2013 where he was praising former President Aquino’s good governance policies.

His pro-Aquino tweets resurrected old posts after he commented on a news article on the Liberal Party’s (LP) statement, saying the Aquino-backed party will fight for the nation’s soul in 2018.

Gatchalian’s reaction to the story: “The nation already lost its soul in the last 6 years.”

This drew criticisms from netizens, calling him a trapo for turning his back on the Aquino allies. 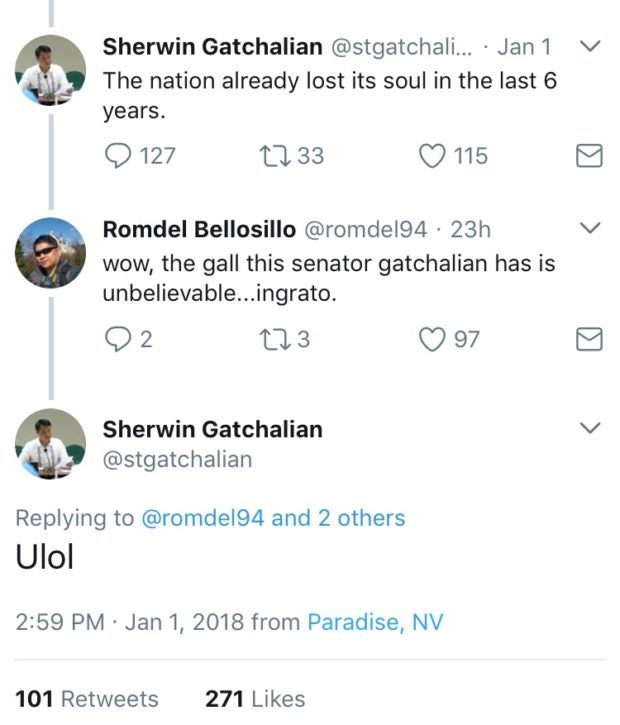 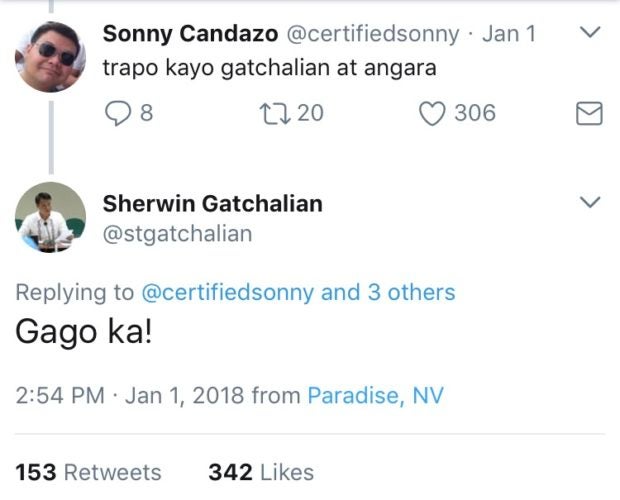 Senator JV Ejercito came to the defense of his colleague and co-member of the Senate group “Seatmates” a day after Gatchalian’s tweets went viral.

“In the incident involving my Co-Seatmate Sen. @stgatchalian, goes to show that we are also human, we get hurt & affected too. What is scary is if we public servants become immune from bashing & attacks from rabid haters, then we become insensitive & are like political robots,” Ejercito said on Twitter on Tuesday.

Ejercito told his colleague that the rabid bashers and haters inspire him to work harder.

“They keep me on my toes! I thank them because I have become a repsonsible and hardworking Senator because of them!” Ejercito tweeted. /jpv