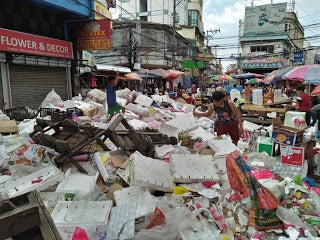 A garbage pile sits at the intersection of Juan Luna, Sta. Elena and Ylaya Streets in Divisoria, Manila, after the holidays. PHOTO COURTESY OF ECOWASTE COALITION

A total of 48 trucks of garbage were collected by the Metropolitan Manila Development Authority (MMDA) around the metro after the country welcomed the year 2018 last Monday.

The traffic agency was able to immediately fill three garbage trucks at the Rizal Park alone after about 90,000 people celebrated the New Year’s Eve, Radyo Inquirer 990 AM reported on Tuesday.

Manila City Hall Department of Public Services Lilybelle Borromeo-David asked the National Parks Development Committee to help in cleaning the park due to the huge volume of garbage.

Meanwhile, 45 other trucks were also filled after the MMDA went around Divisoria and other public markets in the Metro.

The EcoWaste Coalition expressed dismay over the tons of garbage collected given that most of the trash was recyclable, the report said. /cbb 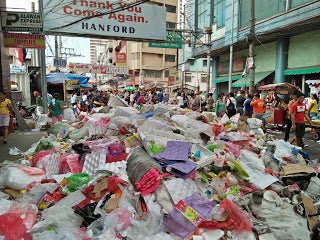 People pass by a huge pile of trash along Juan Luna Street in Divisoria, Manila, in this photo taken after the Christmas holiday in 2017. PHOTO COURTESY OF ECOWASTE COALITION 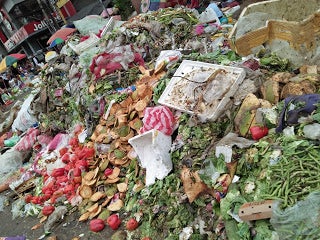 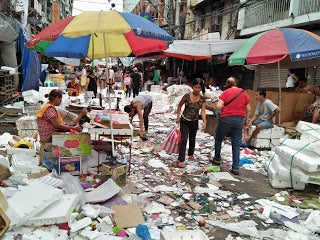 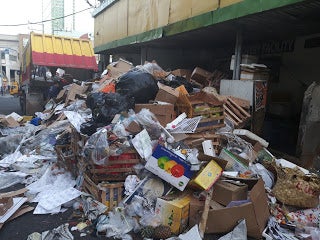 A garbage truck prepares to haul a mountain of trash in Cubao, Quezon City. PHOTO COURTESY OF ECOWASTE COALITION