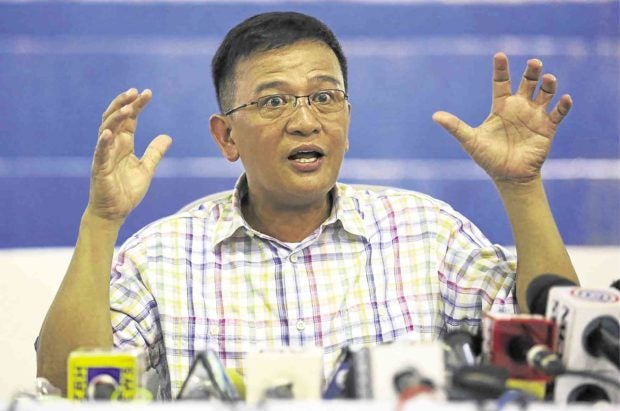 Malacañang again defended the appointment of former Customs Commissioner Nicanor Faeldon to the Office of Civil Defense (OCD), adding that the former Magdalo mutineer would likely “prove his critics wrong.”

“This is a chance for Commissioner Nick Faeldon to prove his critics wrong. This is his chance,” Communications Secretary Martin Andanar said in a radio interview.

Faeldon has been detained for contempt of the Senate since Sept. 12 after he refused to attend the Senate blue ribbon committee’s hearings because senators had already prejudged him.

The Senate blue ribbon committee recommended the filing of criminal charges against Faeldon and three of his subordinates, but the Department of Justice (DOJ) absolved Faeldon of involvement in the narcotics smuggling case in November.

“The critics of the President will always make their comments—that cannot be avoided in a democracy—but our President has the prerogative to appoint people he believes will be effective in an agency,” Andanar said.

“That is a presidential prerogative. What is important is Commissioner Nick Faeldon has the trust and confidence of our beloved President,” he said.

“That is what is important. If you have the trust and confidence of the President, then you can serve the country,” he added.

However, Senate President Aquilino Pimentel III said shortly after Faeldon’s appointment on Dec. 27 that Faeldon would remain in detention until he cooperated with the senators.

“The solution to a problem like contempt is to purge yourself of the contempt. Not a new appointment or position in government. That has no effect on his detention,” Pimentel had said.

Presidential spokesperson Harry Roque said Faeldon could perform his functions even in detention, but also hoped Faeldon would decide to appear at the next Senate hearings.

“We won’t interfere. But now that he has a new position, perhaps Captain Faeldon can think about ending (his detention) so he can discharge his function on a full-time basis,” Roque said.