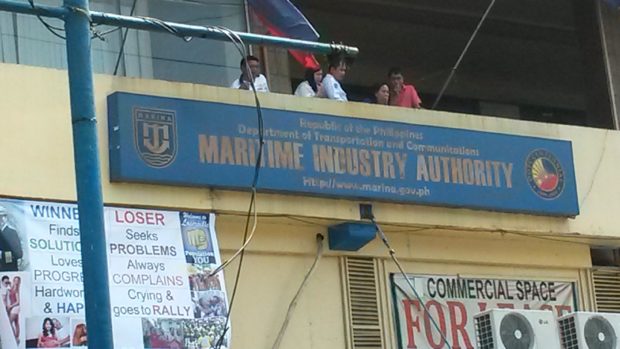 On Dec. 21, the AME filed a complaint against Amaro for alleged several junkets using government money. This was followed by UFS President Engr. Nelson Ramirez who urged President Rodrigo Duterte to look into the case of Amaro.

“I am not surprised by these accusations. Noon ko pa ito napapansin dahil every time na kailanganin natin siya for consultation, eh nasa ibang bansa daw siya sabi ng mga staff niya for official trips. Are all of these official junkets? Senate or Congress must intervene with this mess,” the UFS president said in a statement on Wednesday.

However, Radyo Inquirer 990AM reported that Duterte said he has yet to act upon the complaints for he was busy visiting families damaged by storm Vinta and monitoring the NCCC mall tragedy in Davao that killed 38 people.

“Simply, this claim is utterly false because, firstly, I have been able to discharge my official duties and, secondly, my travels — as shall be explained — were actually in fulfilment of my obligations as administrator of the Maritime Industry Authority,” Amaro said in a six-page statement issued over the weekend.

The Marina administrator questioned the reliability of the complaints given that some of AME’s officials “were even with the administrator during some of the trips and they were even registering their complaints on the very tight, strict and late night schedules.”

“It has taken a toll for sure ,hence, they have no factual basis of their complaints that our foreign trips are ‘junket travels.’ We do not have any time to go around the places we went through,” Amaro said.

The business group, according to the statement claimed that Amaro invested a total amount of P1.5 billion to put up buildings for Maritime Institution.

However, “an inspection of the facilities will show that laboratories, simulators, computers, and other components that are necessary to provide maritime training that is up to global and international standards are absent.”

The Marina administrator opted to name the “business group” involved but will soon disclose the said information “at the right time and in the proper forum.”

Both the UFS and AME had accused Amaro of “jet setting” and “globe-trotting” several times using public funds. UFS Pres. Ramirez further asked the Senate blue ribbon committee to investigate the allegations they have filed against Amaro. /jpv