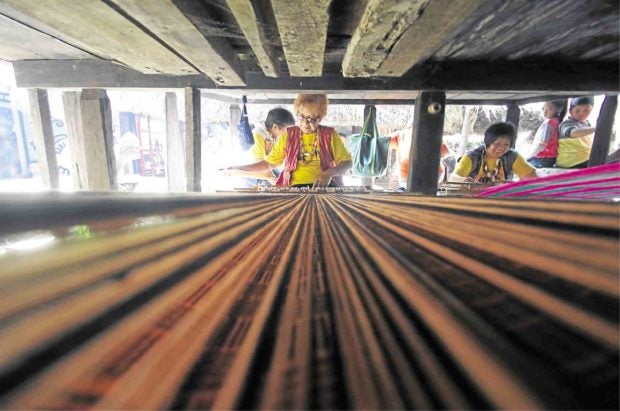 BAGUIO CITY—Two weeks before Christmas, vandals tried to burn a huge tent-like art installation at the top of Session Road here that was labeled by the city government as its “Christmas art tree.”

It had not been a popular piece of art created by Baguio-based artist Maela Liwanag Jose, though. It was layered with giant canvasses imprinted with Cordillera images such as the “bulul” (Ifugao rice granary guardians) to tell the story of creation and draped around the rotunda like an umbrella.

At night, it was lighted by a ring of blue lamps.

Social media had derided it before the Dec. 11 attack. The milder commentaries said it was inappropriate for the Yuletide, while the nastier ones called it ugly.

But when the barely burned art work was taken down by the city government on Dec. 13, online commentaries quickly sided with Jose and anguished over the indignities she suffered. 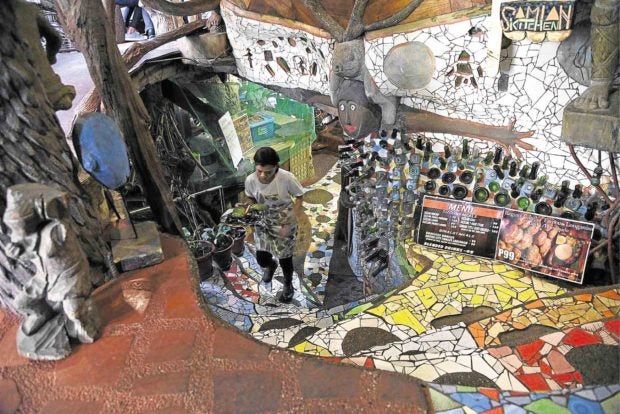 Jose’s treatment, they said, did not speak well of Baguio’s selection as the first Philippine city to join the “creative cities network” of the United Nations Educational, Scientific and Cultural Organization (Unesco).

Baguio joined a network of 180 cities known for their “creative economies,” after Unesco recognized the role its traditional Cordillera weavers, basket makers, woodcarvers and masonry sculptors, and silversmiths and goldsmiths play in the city’s “sustainable and inclusive growth,” said Paolo Mercado, a founding member of the Creative Development Council of the Philippines.

Sustainable and inclusive growth is an economic ideal where every sector, including the poor, shares the benefits derived from enterprises that keep society afloat, he said.

In a speech at the House of Representatives, the city’s representative, Marquez Go, cited these small and medium enterprises as having the potential to become highly competitive businesses, provided the government invests in their development. 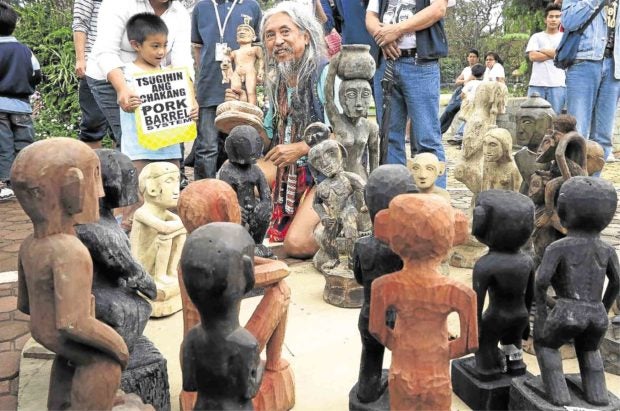 PROTEST ART In 2013, the collection of “bulul” (Ifugao rice granary guardians) of filmmaker Kidlat Tahimik was displayed in a protest against pork barrel at Burnham Park. —EV ESPIRITU

Baguio — billed as the country’s summer capital — is rebranding itself as a “creative city,” with a proposed ordinance organizing a culture and arts council and adopting a “creative economy” strategy, according to Councilor Elmer Datuin, who chairs the committees on appropriation and tourism.

That strategy, however, needs to be discussed with the artist and artisan community, to define how Baguio would advance creative excellence so its crafts could become what Mercado described as “tools for social cohesion and the impetus for culture-based economies.”

One of the guiding principles for operating as a creative city is for Baguio to recognize that “wealth can come from ideas,” said Mercado, who is also senior vice president for marketing of Nestlé Philippines.

In Indonesia, for example, its first creative city, Pekalongan, is recognized for its “batik” textile trade that has expanded from the traditional to high fashion, he said.

Japan has been an aggressive exporter of its culture and traditional art, from food to pop culture.

The national government expects Baguio “to prove that a creative economy strategy at the local government level can work,” Mercado said. 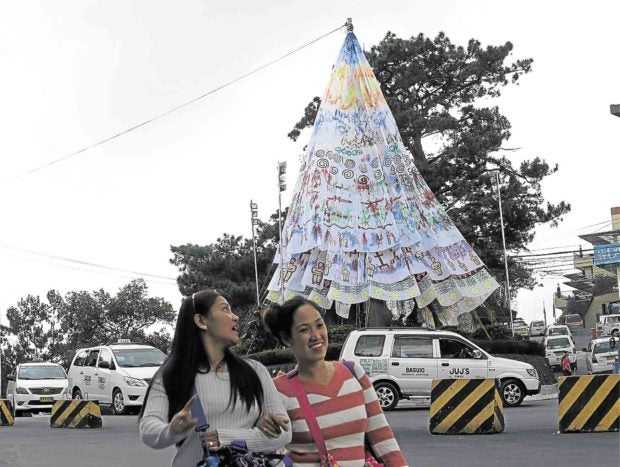 “But for that to start, there has to be a baseline. What is the contribution [of these artists] to Baguio’s growth? From that baseline, [we can tell what] interventions [to introduce to spur] job creation, cultural uplift and global recognition,” he said.

“Not even Manila knows the number of its creative workers. But Baguio can be the first to take a look and put value on the impact of creativity on the city.”

He added: “When you start to measure an industry, it begins to have power … [A well-quantified industry] can get preferential policies, government tax rebates and incentive programs.”

He said artists like Jose were potential industries-in-the-making. Jose’s art was derived from a technique called “tinatik,” which involves splattering dye or ink on canvass to form images. Jose has been teaching other artisans to use this technique.

Baguio’s fragile relationship with its art community needs to be addressed, now that it has been magnified by the Christmas art tree controversy, Mercado said.

Filmmaker Kidlat Tahimik, elected to lead a creative council formed by local artists, spoke about a disconnect between the art community and the city government during a meeting at the University of the Philippines (UP) Baguio on Dec. 16.

He said taking down Jose’s damaged installation, instead of helping repair it, sent the signal that the city government was willing to give in to bad commentaries at the artist’s expense.

“There are so much discomforts when someone points out that an artwork is not cool in the way world pop cultures define cool. It creates easy divisions,” he said.

Kidlat criticized the city government’s indifference to an art community that brought prestige to Baguio, both domestically and internationally. 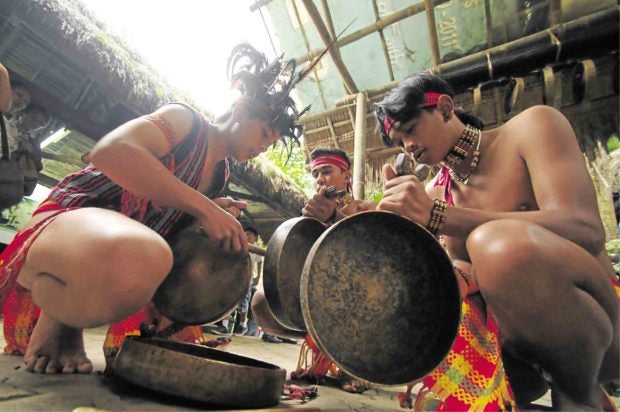 The familiar sound of gangsa (gong) is heard during community events and festivals in Baguio. —RICHARD BALONGLONG

Baguio-born Kidlat (Eric de Guia in real life) was one of the artists who formed an art enclave here, along with National Artist Bencab (Ben Cabrera), Santiago Bose and Robert Villanueva.

But the artists were rarely consulted by the government on matters involving culture or heritage, Kidlat said.

“It’s nice to see all those g-strings [donned by performers during festivals] generating livelihood since it increased the demand for weavers,” he said.

But he said he would not accept the notion that “things begin to have value only because these are big moneymakers.”

UP Baguio Chancellor Raymundo Rovillos, who helped secure the Unesco recognition for the city, said an ordinance establishing the creative city policy and healthy communication with the creative council would reduce or eliminate “misfires” like the treatment of Jose’s installation.

The city’s new status, in fact, may require a vetting process to be established whenever the city government or civic organizations undertake art projects, Rovillos said.

Although artworks are their creators’ individual expressions, a jury of artists must be consulted before these are displayed at public space.

“When we talk of public space and a public project, an artist has to have social accountability, particularly when the art has been commissioned using public funds,” he said.

As a creative city, Baguio must find a way to bridge the gap between populism and “what we want the city to become,” he said.