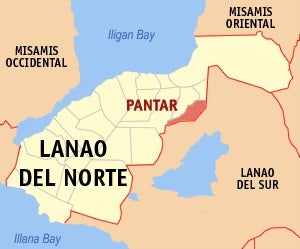 ILIGAN CITY – Former Pantar, Lanao del Norte Vice Mayor Jabar Tago was formally sworn in as town mayor after the Commission on Elections (Comelec) declared him the rightful winner of the 2016 local elections.

Tago has replaced Pantar Vice Mayor Hadji Rakim Alingan, who had been assumed the town’s top post after Mayor Exchan Limbona was killed in an ambush on Dec. 29, 2016.

The Comelec said Tago, who lost to Limbona in 2016, was supposed to be the winner because the latter had been perpetually disqualified from public service before the elections.

Limbona was then chair of Lower Kalanganan, when he, along with his wife, was charged at the Office of the Ombudsman for conduct prejudicial to the best interest of the service.

The Ombudsman decided in 2009 to dismiss him from service and barred him for life from assuming any government position.

The Ombudsman also canceled his eligibility and forfeited his retirement benefits.

But in 2010, he ran and won the Pantar mayoral elections.

He eventually succeeded in his bid to set aside Limbona’s proclamation. /jpv