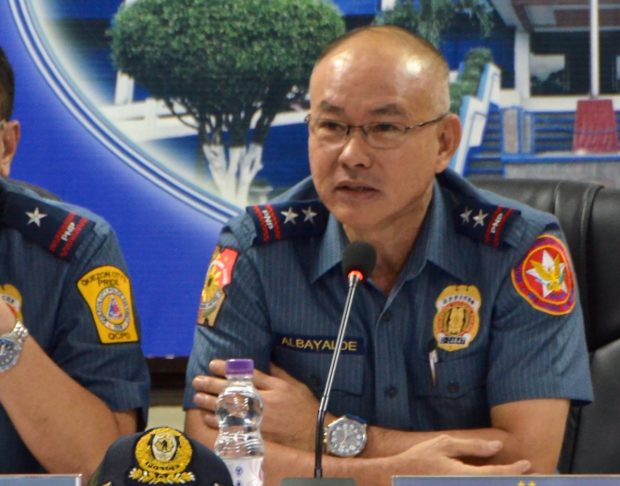 There will be no mercy for policemen who cannot control their itchy trigger fingers.

Metro Manila police chief Oscar Albayalde declared in no uncertain terms that cops caught firing their firearms during the New Year’s Eve celebration will be summarily dismissed from the service.

“There is no reason for you to fire your firearms indiscriminately. There is absolutely no reason,” Albayalde said at a briefing on Thursday.

“There will be no mercy for policemen caught for indiscriminate firing. That is the order of our [Philippine National Police] chief,” Albayalde stressed.

PO1 Arnold Gabriel Sabillo of the Rodriguez, Rizal, police station and PO1 Marbin Jay Pagulayan of the Malate, Manila, police station were separately arrested on Dec. 24 and 25 for illegal discharge of firearm.

“The directive of the PNP chief is to have them dismissed from the service,” Albayalde said.

The two cops were among the nine people who have been arrested from Dec. 16 to 27 for illegal firing their weapons.

There were 14 cases reported during the period: seven in Metro Manila, two in Central Luzon and the Central Visayas and one case each in the Ilocos region, Bicol region and Autonomous Region in Muslim Mindanao.

In Metro Manila, Albayalde said chiefs of police would also be sacked if they failed to arrest people discharging their firearms and causing injury or even death.

The PNP has issued a memorandum as early as Nov. 7 ordering chiefs of police to arrest people illegally discharging their weapons within 24 hours.

Albayalde said the PNP no longer pursued the practice of covering the muzzles of police service firearms with tape since it doesn’t work anyway.

“We want to show that our policemen are disciplined,” Albayalde said. “It would be very awkward and embarrassing to have our policemen conducting patrol carrying guns plastered with tape. Tourists, especially, would never understand why.”