Church finds ‘her voice’ in 2017 to oppose spate of killings, rights abuses 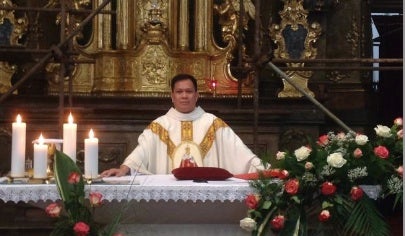 It was in 2017 or a year into the Duterte presidency that the Catholic Church found “her voice” to oppose the spate of killings, the disregard for due process and human right violations.

It began with the massive “Walk for Life” prayer rally in February, followed by a 40-day mourning period beginning in September and a 33-day healing period which started in November.

“The Church found her voice to oppose the seeming disregard for human rights and legal processes. What is important is that the Church was finally able to voice its opinions,” Fr. Jerome Secillano said.

Secillano, executive secretary of the Catholic Bishops’ Conference of the Philippines’ permanent committee on public affairs, was apparently referring to the Church’s collective efforts to make a stand against the wave of killings in the Duterte administration’s war on illegal drugs.

Since President Duterte assumed office on June 30 last year, some 3,967 were killed in antidrug operations and 16,355 others died in circumstances still being investigated, according to Malacanang’s year-end report.

At first, only a few prelates spoke out against the killings, which terrorized mostly poor communities.

Then CBCP president and Lingayen-Dagupan archbishop Socrates Villegas was the most critical of the killings, issuing statements and pastoral letters in January after the CBCP plenary assembly.

On Feb. 18, the clergy and the lay people came together in a show of force at the “Walk for Life” prayer rally at the Quirino Grandstand in Manila, with the crowd reaching 10,000.

Since then, other bishops followed Villegas’ lead and began speaking out against the killings.

This was followed by a 21-day “march for life” led by the Church and civil society groups, which aimed to convince senators to vote against the proposed reimposition of the death penalty.

Apart from Villegas, another prelate critical of the war against illegal drugs was Caloocan Bishop Pablo Virgilio David, who is now the CBCP vice president, Secillano noted.

David has been vocal in his criticism of the drug war that has claimed the lives of hundreds in Caloocan City which is part of his diocese, virtually turning the city into “killing fields.”

In July, his diocese also organized its own “walk for life” rally in Navotas City.

“Before, it was a little muted. Only one was speaking up, followed by David and others. So finding her voice, speaking up, is the exercise of the Church’s prophetic function,” Secillano explained.

It was also in 2017 that the CBCP elected a new president: Davao Archbishop Romulo Valles, a known friend of Mr. Duterte. Valles succeeded Villegas, who ended his six-year term in November.

“We also welcomed our new president in the CBCP. He has the requisites and the required necessities to be able to lead the conference,” Secillano said.

The Church also celebrated the Year of the Parish in 2017, focusing on the parish and its basic ecclesiastical communities in evangelization.

“We highlighted the different communities that we helped. We looked at their needs and their contributions to the growth of the Church,” Secillano said.