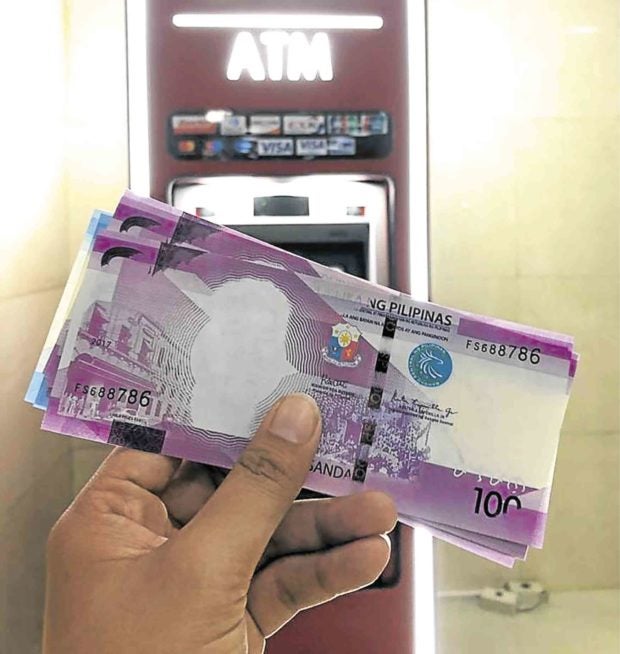 The Bangko Sentral ng Pilipinas (BSP) on Thursday admitted it inadvertently released defective P100 bills with the face of the late President Manuel Roxas left out.

Saying the incident was an “isolated one,” the central bank said the “faceless” bills were caused by a “glitch” in a printing machine.

The central bank came under fire on Tuesday after Earla Anne Yehey posted on her Facebook account photos of the misprinted notes dispensed by the ATM of a Bank of the Philippine Islands branch in Quezon City.

Chief among the mistakes on the notes is a blank space where Roxas’ portrait should have been. The word “Republika” and the letter “n” in the word “ng” in the country’s name are also missing.

Carlyn A. Pangilinan, managing director of the BSP’s currency management subsector, said in a press conference that after Yehey’s post went viral, they immediately investigated whether the bills originated from the central bank.

“Having found these to be issued by the BSP, an inquiry was made into the printing-machine error that caused it,” she added.

She disclosed that the BSP also received last week a report from another bank that had taken delivery of misprinted P50 bills.

“But it had a different misprint, not the face missing, just portions of the banknote,” she said.

Pangilinan explained that in the manufacturing and production process, there are cases where machine errors caused rare misprints.

She said that in the most recent case, the BSP immediately identified the mechanical cause of the erroneous printing and resolved it.

A total of 33 pieces of the misprinted P100 bills were found, of which 19 had been recovered, according to the central bank.

Pangilinan said BPI removed the cassettes containing the misprinted banknotes after the bank received the report through social media.

According to her, the misprints were churned out by new printing machines that were acquired only last month.

She said the BSP had already informed the supplier and sought improvement in the process of printing bills.

In the past, the notes were checked manually before these were delivered to banks, Pangilinan said, “but now, the process is fully automated, all machines.”

The other bank that got hold of the P50 bills checked all its notes, unlike BPI, which immediately loaded the P100 bills to its ATM, Pangilinan said.

She did not name the other bank.

“It’s difficult to inspect all the banknotes due to the holiday season,” Pangilinan said, citing the high demand for cash.

Pangilinan appealed to people who still have some of the misprinted bills in their possession to surrender them to the BSP so they could document them.

The misprinted notes can be turned over to the BSP head office in Manila or its security plant complex in Quezon City.

“After verification of the bills’ authenticity, the BSP [will] replace [them]. But we cannot prevent people from keeping them as souvenirs,” Pangilinan said.

This is not the first time the country has seen such errors on banknotes.

In 2005, a batch of P100 bills with then President Gloria Macapagal-Arroyo’s name misspelled were inadvertently put in circulation.

In 2010, currency was issued showing a rare native bird but in the wrong colors and with an incorrect map. —With a report from AFP