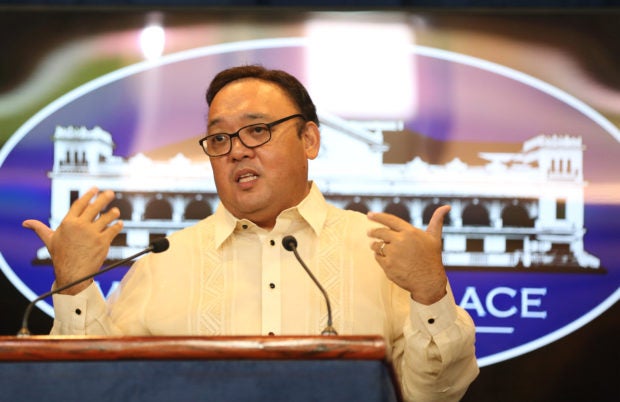 The Duterte administration is ready to defend the legality of the martial law extension in Mindanao before the Supreme Court, Malacañang said on Thursday, dismissing minority lawmakers’ claims that the declaration may lead to “extension in perpetuity.”

“The legal and factual bases of the martial law extension have been clearly established based on the security assessment by our ground commanders,” Presidential Spokesperson Harry Roque said in a statement.

“We are thus, prepared to defend our position before the High Court,” Roque added.

Opposition lawmakers led by Albay Rep. Edcel Lagman on Wednesday urged the SC to declare the one-year martial law extension in Mindanao unconstitutional because there “was no actual rebellion” to justify it.

The lawmakers also asked the high tribunal to issue a temporary restraining order against the implementation of the extension, warning that such move would lead to “extensions in perpetuity.”

Roque dismissed the petitioners’ claims, saying that the allegations “are mere surmises and conjectures and not supported by law and the Constitution.”

“Martial law in perpetuity is a scenario that neither the President, Congress or the Supreme Court will allow as it is patently unconstitutional,” he said.

Roque said the legislative and executive departments had already decided that the further extension of martial law in Mindanao “was necessary to quell the remaining terrorists who brought destruction to Marawi and its neighboring communities.”

In a 240-27 vote, the Congress approved on Dec. 13 the one-year extension of the proclamation of martial law in Mindanao.  /jpv