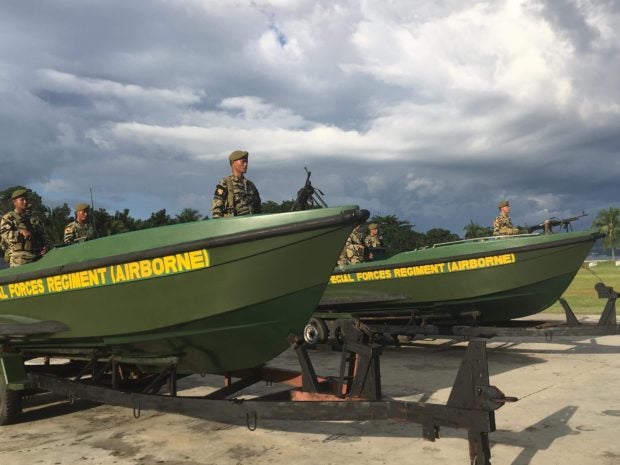 The assault boats set to be deployed for patrol. CONTRIBUTED PHOTO

Madrigal said the boats will be “an additional capability in securing the municipal waters in the area of responsibility, particularly Davao Gulf, to preempt terrorists, piracy and other security threats from using the sea lanes in their terrorist and criminal acts. It can also be used for water search and rescue operations.”

The boats have counter/anti-terrorist capability and will be manned by Special Forces Riverine troopers.

The boats will be initially deployed with Joint Task Force Haribon which has the jurisdiction of Mega Davao, the EMC said. /jpv