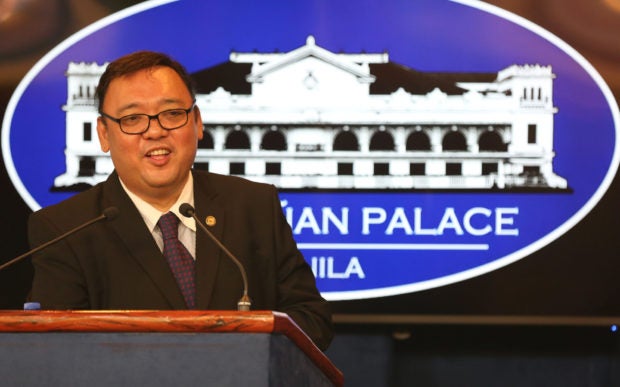 A little more than two months after declaring the liberation of Marawi City from Islamic State (ISIS) inspired terrorists, President Rodrigo Duterte will lead on Wednesday afternoon the turn over of temporary shelters to displaced residents of Marawi City, Malacañang said.

“We targeted to transfer 500 units but instead of just 500, we are actually transferring 800,” he said in a televised press briefing in Marawi City.

“This afternoon the President will turn over 500 units of housing units in Sagonsongan. And this is only the first of the temporary housing units that we will be transferring to the people of Marawi as promised,” he added.

Roque added that “a further 300 will be transferred to Matungao,” which is in Lanao del Norte.

Sagonsongan is a barangay of Marawi City.

On Oct. 17, Duterte declared the “liberation” of Marawi City from terrorists after the military killed Abu Sayyaf leader Isnilon Hapilon, touted as the emir of ISIS in Southeast Asia, and Omar Maute, who headed the local terrorist group.

Four days later, the military declared “total victory” by its forces in the city, which was battered by fighting for five months beginning May 23, 2017.

The President’s spokesperson said the recovery of Marawi City was underway with the turnover of the shelter units.

ADVERTISEMENT
Read Next
Binay wants halt in issuance of new P5 coins to avoid ‘confusion’
EDITORS' PICK
DILG to stranded workers: ‘Stay where you are’ until Luzon-wide quarantine is over
UP-PGH wards for COVID-19 patients finished in 5 days
Style and music journeys with Claudia Barretto
Cebu City closes its borders
BREAKING: 1,075 people in PH has coronavirus disease – DOH
IATF: Food firms to operate with 50% of workforce during Luzon quarantine
MOST READ
Pacquiao to seek probe on leaked private letter from Barangay Dasmariñas
All 3 COVID-19 positive patients in Bicol sent home
Tootsy Angara bares neighbor wanted them out of village
Koko Pimentel: Protocols may have changed over time
Don't miss out on the latest news and information.