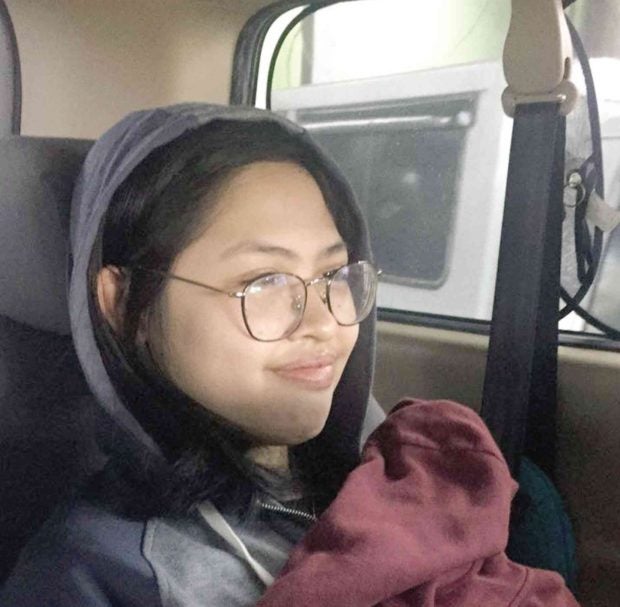 Ica Policarpio did not join the “48-hour challenge.”

Ica Policarpio’s disappearance was not a prank but caused by “deep emotional distress,” her sister Bea said on Tuesday night on her Facebook post.

“Firstly, I would like to clarify that I have learned firsthand from my sister Ica that she had no knowledge whatsoever of any “48-hour challenge” (supposedly trending) in other parts of the world. She DID NOT join any such challenge. Her disappearance was not a prank,” Bea said.

She said Ica disappeared on the night of December 21 out of deep emotional distress and the reasons were “numerous and honestly, private.”

“She is still being evaluated medically, and it is our family’s sole responsibility to understand what has caused her to carry so much pain not just in the recent past, but apparently, for several months, and even years prior. Be assured that we are doing everything we can to make sure that she receives the medical attention and emotional support that she needs,” she said.

Bea thanked those who help brought Ica home, especially to the man who found her sister crying and disoriented in a carinderia in front of a cemetery in Pablo City.

STATEMENT OF THE POLICARPIO FAMILY
December 26, 2017

To the concerned public,

On behalf of the entire Policarpio family, I (Bea) would like to deeply thank each and every one of you who have helped us bring my sister Ica home. Though we have not met so many of you, through your prayers, posts, and messages, we have really felt your love and concern for our family in the time of our greatest need. If it were not for all of you who saw and shared our posts, I have no doubt that Ica would still be missing or worse. Because of this, there is no way we can ever repay everyone for the miracle that we have received.

Thank you to everyone who has respected our request for privacy for the past 48 hours. This was only so our family could have a little time to recover from sleepless nights, as well as have some semblance of a normal Christmas. These were our first attempts at healing, though we are a long way from this.

But still, we heard the persistent clamor for answers, even if we are still trying to process what has been the most harrowing days of our life. I am writing this statement to update you on Ica and just really thank you all for your support in this search and give due credit to all the heroes who have helped us along the way.

Firstly, I would like to clarify that I have learned firsthand from my sister Ica that she had no knowledge whatsoever of any “48-hour challenge” (supposedly trending) in other parts of the world. She DID NOT join any such challenge. Her disappearance was not a prank.

My sister Ica disappeared from home last Thursday night, December 21, out of deep emotional distress. The reasons for her distress are numerous and honestly, private. She is still being evaluated medically, and it is our family’s sole responsibility to understand what has caused her to carry so much pain not just in the recent past, but apparently, for several months, and even years prior. Be assured that we are doing everything we can to make sure that she receives the medical attention and emotional support that she needs.

At this point, she does not deserve our blind judgment and hate. She is only 17 years old, still a child. Please, we only beg that you do not judge her and that you help safeguard her future. If there’s anything positive that we hope can result from this experience, it is to raise awareness about the stigma of mental health and the growing culture of hate which unfortunately exists in our country’s cyberspace, and collective mind space. If anything, this hate culture is a desperate call for help. Let us answer this call with nothing but love, as difficult as this may be.

Next, we would also like to publicly thank the netizens who pointed our way to Ica. All our major leads resulted because these courageous individuals had seen our posts on social media, recognized my sister’s face, and contacted us. Thank you so much to the silent heroes: Anna, Luke, Archie, Joan, Ira, and Danica. You have all literally saved my sister’s life. We are eternally grateful as well for Manny, who was the one who finally found Ica crying and disoriented in a carinderia in front of a cemetery at 6:00AM on December 24 in Barangay IIB San Pablo City. He was the one who called on Kagawad Emma Cervana and Kapitan Leonardo Villanueva of Barangay IIB, and brought Ica into their own home where we were finally reunited with her. Thank you so much.

Most of all, thank you so much to the numerous PNP and NBI officials who risked their lives in the search for my sister. We are eternally grateful to the following heroes who led the search for Ica. First of all, thank you to PNP General Tomas Apolinario and NCPRO Chief Oscar Albayalde, who coordinated with us throughout the whole ordeal. Second, thank you to NBI Director Dante Gierran and NBI Deputy Director Eric Distor and their respective special teams for helping us from the very beginning until the end. Our special thanks goes out to our family friend, Commissioner Rey Bulay, who accompanied us, especially my father Rufino. Special thanks to my two best friends, Marco and Trish, as well as my Tita Ma Ginnie and Tito Cj, who drove with me to Quezon province late Saturday afternoon, to personally search for my sister with me.

Finally, my parents Joan & Rufino, just hope all parents can learn from our experience and take this as a wakeup call to be more sensitive with their children’s emotional needs. As a family, we are really sorry for all the worry and inconvenience that we have caused everyone, especially at a season that is supposed to be joyful. It has truly been the worst experience we have ever had, but right now we are just so grateful that we have survived it, all thanks to everyone’s unbelievable support. Now it is our turn to learn and heal from this.

If we can all unite in prayer as we have in the past days, it only shows there is real hope and goodness in our country. We have received so much love from all parts of the nation, and other countries even, from all walks of life and religion. That in itself has been a miracle.

Lastly, to anyone out there who feels that they are lost, please, reach out. I promise that we will #FindYou.

Much love and sincere, eternal gratitude,
Bea Policarpio and the entire Policarpio Family